A NASA executive has touted the significance of the role the administration is playing in unmanned air vehicle airspace integration, specifically in the small system arena where it is further advancing with its testing.

John Cavolowsky, director of airspace operations and safety programmes at NASA Aeronautics Research Mission Directorate, told the AUVSI Xponential conference that development of its UAV traffic management system (UTM) is a key research concern, and the administration’s experience makes it the suited agency to develop the necessary technology and procedures.

“NASA has resources and as a research agency it is our job to do this,” Cavolowsky said. “[NASA] is addressing the fundamental challenges of working out what are the rules of the road.”

Most recently, NASA worked with all six Federal Aviation Administration-designated UAV test sites to carry out simultaneous testing. Each site had a number of vehicles – 24 in total and 22 simultaneously at one point - that were flying using the UTM concept, while NASA added simulated aircraft into the picture “to add additional complexity”.

The operators tapped into the UTM research system and entered their flight plans just as manned aircraft would to an ATM system. UTM then deconflicted, approving or rejecting the flight plans and notifying the operators of any operational limitations.

Cavolowsky says that low-altitude UAV integration is the key area to develop at present, and once the UTM is established it can be scaled to other operations accordingly. 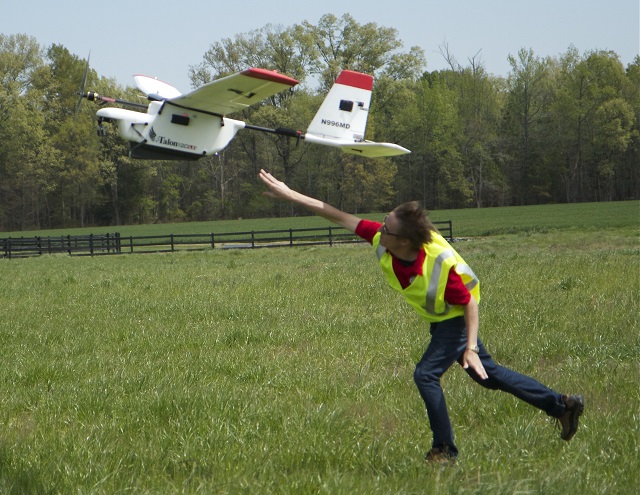 “We’ve embarked on that and completed the first stage,” he says. “We’re working hard to make sure all voices are heard; our relevance comes from your missions,” he added, referring to the drive from the operators to push the development of new technology and procedures through so that they can operate more.

The excitement surrounding UAVs is “changing the balance” of airspace priorities, so safe integration of them into the airspace is important, he adds.

The aim is that by 2018/19 the UTM system will be able to allow for beyond-line-of-sight operations, so progress has to be made fast, Cavolowsky says.