NASA plans to carry out beyond line-of-sight testing of an air traffic management component for unmanned air vehicles (UAVs) in 2016, following on from a series of low-risk testing that took place last August.

Through development of its UAV traffic management (UTM) system, NASA is looking to help enable low-scale, low-altitude UAV integration in the next five years, followed by a ramp-up of these low-altitude operations to enable more routine use of the systems alongside manned aviation by 2030.

Four generations of model for this are planned, the first of which was the subject of the recent testing. This assessed a system for use over unpopulated land and sea with minimal aviation traffic, and will now be rolled out to the Federal Aviation Administration’s UAV test sites to further validate the system.

The second build, in October 2016, will test beyond line-of-sight and longer-range operations, but still over sparsely populated areas.

The four builds are independent and deployable, and could all eventually be applied to different future scenarios.

“There are calls for a persistent system and a field-portable system,” Parimal Kopardekar, manager of the NextGen concepts and technology development project at NASA’s Ames Research Center, told The Commercial UAV show in London. “You need some way to manage the density of systems that we will see in the next 10 years.”

Kopardekar called for flexibility where possible and structure where needed as scalable operations will be needed for economic growth in low-altitude operations. 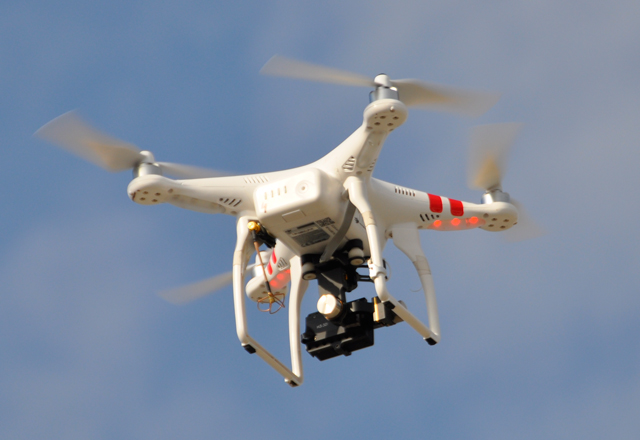 Build three, to be carried out in January 2018, would allow for limited parcel delivery – a key area for UAV use, with full-scale delivery operations expected by build four in March 2019. This will include testing a beyond line-of-sight system for use over densely populated urban areas, during which separation will be carried out from vehicle to vehicle and not just by being tracked from the ground. Kopardekar noted that in the long-term, separation will be air vehicle to air vehicle, but that in the meantime tracking is required to ensure aircraft are separated.

Kopardekar also referred to a future growth in public safety drones that would be operated on behalf of the government for law enforcement or medical aid; they would need to have preference to other types of UAV operations, just as emergency road vehicles are prioritised over normal traffic. They are to be introduced in build three.

Geofencing may be part of the future solution, especially around high-value assets and infrastructure. Contingency also is required for GPS and communications outages, which “is an aspect we’re studying in the simulations”, Kopardekar noted.