The lifespan of NATO’s airborne warning and control system (AWACS) fleet has become increasingly dependent on it being able to operate alongside its new unmanned Alliance Ground Surveillance (AGS) capability.

The Boeing E-3A Sentry fleet is currently set to go out of service in 2025, but plans to extend this to 2035 – for which funds have not yet been allocated – would be in part dependent on the new Northrop Grumman Global Hawk AGS unmanned air vehicles being able to transmit its ground moving target indicator [GMTI] feed to the AWACS aircraft.

NATO is currently undergoing a review on the life of the AWACS fleet, a decision on which is expected in mid-2016, which is dependent on the 16 nations that are involved in supporting AWACS agreeing to fund it until 2035.

"If [there is not an] ability to deliver this joint ISR architecture that links into the national systems [then] we can’t communicate properly between the two assets that NATO owns,” Air Cdre Paddy Teakle, deputy commander of the airborne early warning and control force command at NATO, told the SMi Airborne ISR conference in London. 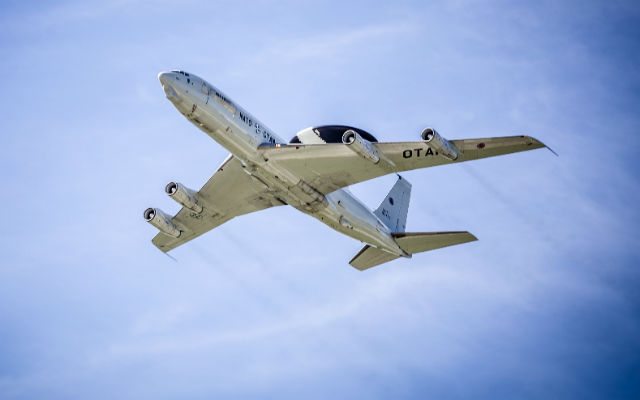 Teakle admits that while there are not any significant planned radar modifications for the E-3A, there are a number of upgrades that can be made to keep the AWACS fleet relevant until 2035 when NATO plans to acquire a new capability.

These include more bandwidth, securer communications, and airborne networking to receive data feeds from the Global Hawk.

“In the future the E-3A should be able to access data from a shared database and the GMTI feed from the AGS Global Hawk,” Teakle said. “It will really enhance the E-3A’s ability to contribute to the kill chain…and then we’ll introduce even more secure communications – VHF – to work with SOF [special operations] forces on the ground.”

If the five-strong AGS fleet is not able to operate with the AWACS – the only other asset sovereign to NATO – this could make the E-3A become obsolescent earlier. The AGS capability also has an approximate 20-year lifespan, so if the two capabilities were kept on and could operate alongside each other, they would both need replacing in the 2035 timeframe.

A move to a more digitised glass cockpit is also on the cards, Teakle said, as it is becoming increasingly difficult to fix and replace analogue components.