Due to take place between January and March next year and involving 16 NATO members, UV-16 is to be held in conjunction with NATO’s Coalition Warrior Interoperability Exploration, Experimentation, Examination exercise (CWIX) that is annually held in Bydgoszcz, Poland.

It will not be held at Norway’s Ørland air force base, where it has previously been located, because it is undergoing a refurb in preparation for the arrival of the Lockheed Martin F-35 Joint Strike Fighter. Instead, it will be spread out over different locations because a single nation did not step forward to offer a base.

“We are having to do a much more distributed trial this time, which is actually more representative of missions,” Rob Munday, UV14 assessment director for NATO, told the Airborne ISR conference in London. “We’re looking at how we can better burden-share.”

The alliance’s new Northrop Grumman RQ-4 Global Hawk UAV-based Alliance Ground Surveillance system is to be introduced into a simulated scenario during the exercise, following the US Air Force Global Hawk’s participation in UV14 that saw it fly from Norway to the UK.

“With AGS being on a developmental timeframe for [delivery in] the middle of next year, this would be an opportune time to test it,” Munday added. 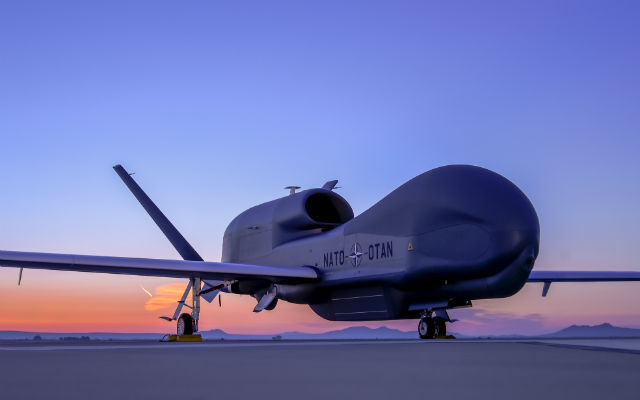 The processing, exploitation and dissemination (PED) of data is a key area of development for NATO, so UV-16 is also looking towards federated PED among allies, and would use some simulated and some live sensor collection throughout the exercise.

The partnering with CWIX would help to test the dissemination of joint intelligence, surveillance and reconnaissance data into the command and control system so that it is less stove piped to each nation.