The Obama Administration’s fiscal 2016 budget request postpones the in-service milestone for the UCLASS aircraft by three years to FY2023.

The programme has been held up since top Pentagon officials last September rolled it into a wider study of intelligence, surveillance, reconnaissance and targeting systems. 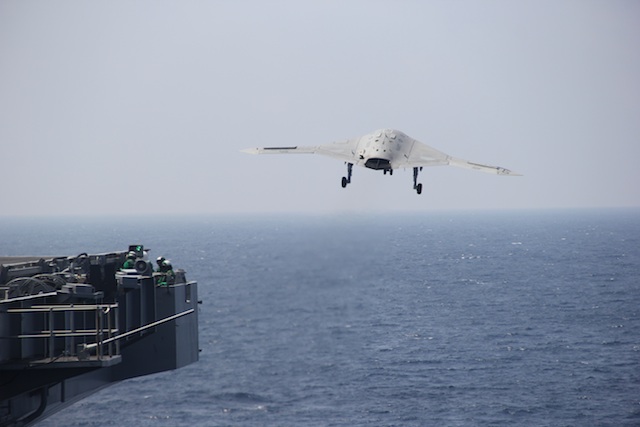 At the same time, the UCLASS programme’s budget is dramatically slowed. A planned allocation of $669 million for UCLASS in FY2016 was dropped to $135 million, the budget documents show.

It is not the first false start for a carrier-based, stealthy UAV programme. A decade ago, the joint unmanned combat air systems (J-UCAS) programme envisioned having a fleet of stealthy UAVs operating from carriers by now. It was canceled and replaced by a demonstration project awarded to Northrop Grumman in 2007.

Since 2013, the Northrop X-47B has staged three carrier-based flight demonstrations to validate that a tailless aircraft can operate on a carrier deck. Funding for the UCAS-D programme expires at the end of this fiscal year.

Meanwhile, naval and military officials have been wrestling with the size and roles of the UCLASS fleet. The aircraft is expected to maintain a 600nm surveillance orbit around the carrier battle group, but other key details, such as the aircraft’s ability to survive and function in defended airspace, are hotly debated.

In December, the navy revealed that the UCLASS fleet will be controlled by the commander of the detachment of Northrop E-2Ds, a flying airborne command post and radar system.