‘One Ton’ quadcopter to start ground tests in June

E Yo Copter plans to start ground tests of its massive jet-turbine powered quadcopter as early as June.

The Monaco-based company claims the “One Ton” unmanned air vehicle (UAV) should be capable of lifting 860kg (1,900lb) of cargo slung underneath. The aircraft is intended to be used for military, parapublic and agricultural applications. 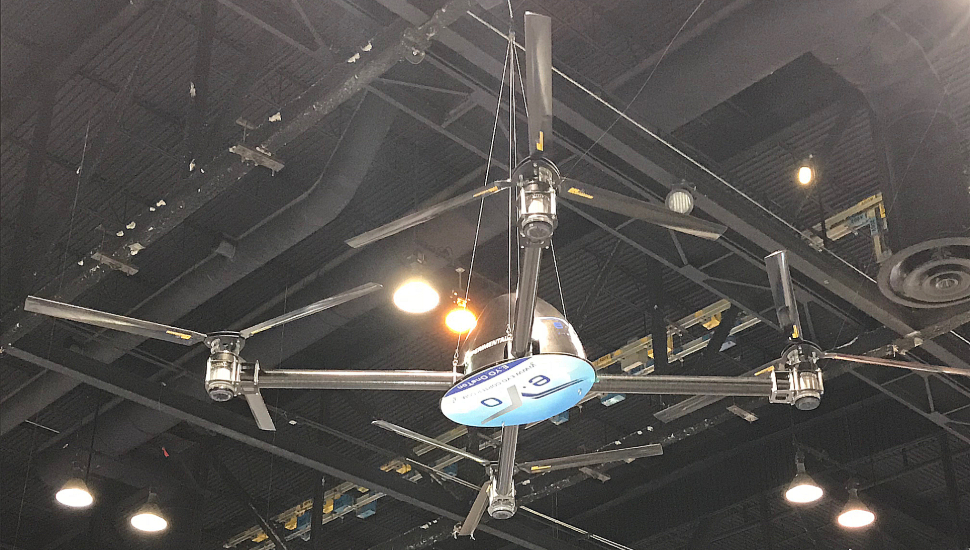 The One Ton is powered by four German-made JetCat P550 turbine engines, which spin the aircraft’s rotors not with a shaft but by forcing exhaust out of two rotating pipes.

Each JetCat turbine produces 70hp (52kW). E Yo Copter says when the turbine is spinning at 80,000rpm the attached rotor spins at about 1,300rpm. The company claims the system produces no torque and saves weight by going without a turboshaft.

Each 3-blade set of rotors on the quadcopter are 2.75m in diameter. The entire aircraft is 6m across.

The UAV has an empty weight of 140kg (309lb). It derives its name from its 1,000kg maximum take-off weight. The aircraft carries enough fuel for a 1.5h flight.

The company is solely backed by its chief executive, Jean-Claude Tourn, who says he is looking to license E Yo Copter’s technology or form a joint venture with another firm to produce the UAV.