Leonardo has introduced the new M-40 addition to its Mirach family of aerial target drones, which can effectively imitate a variety of aircraft and missile types and is easily exportable.

It can simulate radar, infrared and visual threats, allowing forces to shoot down the drone during training. Missions can include training against ground-based air defence artillery units, and high-end aerial threats. 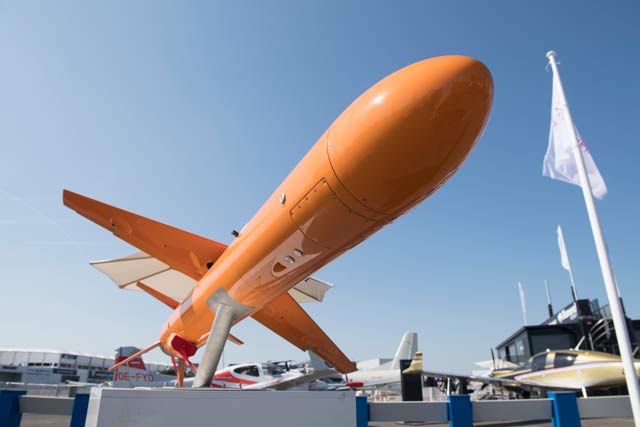 Using commercial components and derived from Leonardo’s Mirach 100/5 that is used by France, Italy and the UK, the M-40 is now ready to be exported, the company says.

The two Mirach systems can be operated using the same ground control station, so transitioning from one to the other should be straightforward. Additionally, the shared flight characteristics of the two systems means that both are able to carry out low-altitude sea-skimming and high-g manoeuvres, which Leonardo says is uncommon in comparatively priced drones.

The single-engine design can also “exceed the speed of most twin-engine systems”, the company adds, while the use of just one engine will ease maintenance and deployment. The design also does not include any pyrotechnics, making it easier to transport and store.