The so-called 5th Generation Aerial Target (5GAT) is a high-performance, fighter-size unmanned air vehicle that is intended to represent stealthy aircraft threats from advanced adversaries such as China or Russia. The Pentagon is considering using follow-on production versions of the aircraft for air-to-air and ground-to-air weapons evaluation, pilot training, and ground forces training, says Sierra Technical. 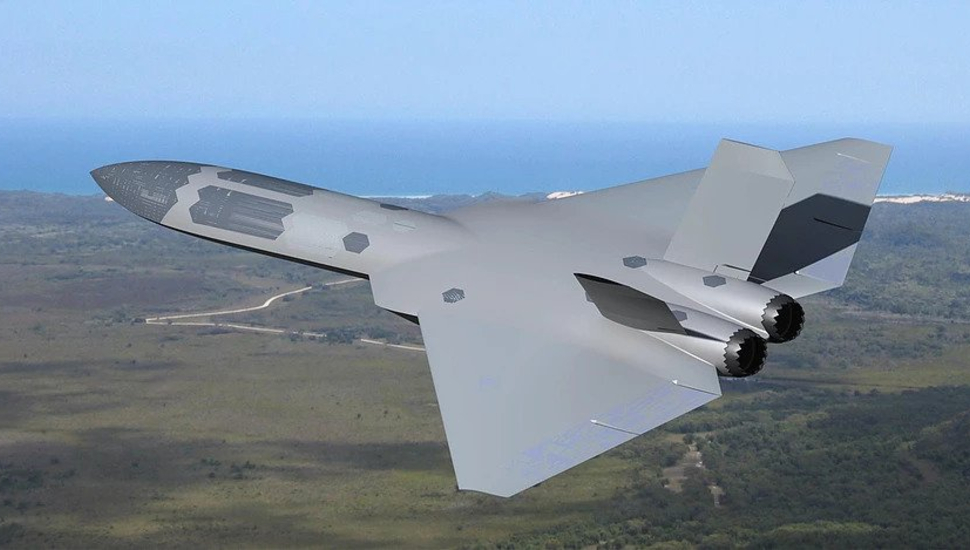 The contract to complete the design, development, fabrication and testing of the first 5GAT was awarded to Sierra Technical by the Pentagon’s Director of Operational Test and Evaluation (DOT&E) in 24 March 2017. That initial target aircraft is still under development and is scheduled to fly during the summer of 2019.

The second 5GAT demonstrator is scheduled to make its first flight in November 2020, says Sierra Technical.

Sierra Technical is building the 5GAT demonstrators at a municipal airport in Tehachapi, California, a small town on the edge of the Mojave Desert. The company is using composites for the airframe and parts from old Northrop T-38s and F-5s, including landing gear and GE Aviation J85-5 engines.

Pulling parts from used aircraft is intended to keep costs low, the company told FlightGlobal in July 2018. The DOT&E is only paying Sierra $15.9 million to complete the first 5GAT design and deliver the first article demonstrator through the initial flight tests. The contract value for the second target demonstrator was not disclosed.

The target drone is about 12.2m (40ft) long and has a 7.3m wingspan, sitting less than a metre off the ground. It is designed to be launched and landed using a conventional runway, and has a maximum gross weight of 4,350kg (9,600lb) with full fuel.