Pipistrel teased a picture of an eVTOL aircraft concept at the Uber Elevate conference in Los Angeles on 8 May.

The overhead rendering of the concept aircraft showed a blended wing body without any visible rotors for vertical lift, a design that is much different from the lift-and-cruise concepts put forward by competitors presenting at the Uber Elevate conference, such as Embraer. The aircraft uses unspecified dedicated propulsion systems for cruising and vertical lift, according to Pipistrel. 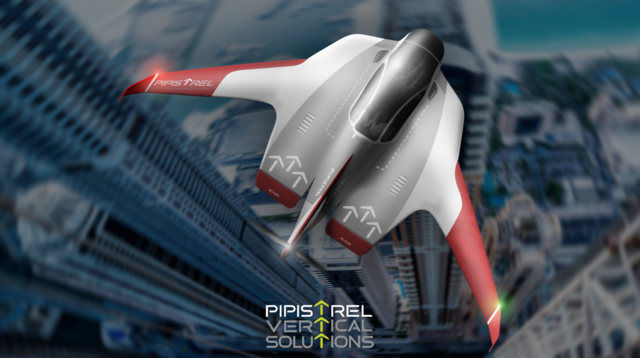 “Pipistrel is not trying to reinvent the helicopter by giving the vehicle many rotors, but is rather embracing dedicated propulsion solutions for cruise and vertical lift with built-in scaling capability for a family of vehicles with two to six seats,” said Ivo Boscarol, Pipistrel’s founder and general manager. “Pairing an innovative integrated vertical lift system, which is quiet and efficient, with highly aerodynamic wings results in a new class of eVTOL that maximises high-speed cruise performance and dramatically lowers cost of operation for a clear advantage to Uber Elevate passengers.”

The company presented the design as one of a larger family of forthcoming concepts which would carry two to six passengers.

Pipistrel of Slovenia produces 13 different models of two-seat aircraft for the general aviation market, including the electric-powered Alpha Electro and the Taurus Electro.