One of the newest unmanned air vehicles to be developed by the Polish air force technical institute is NeoX, a fixed-wing system that can be used for both civil and military applications.

The composite-based system has a 2.6m (8.5ft) wingspan, and in the military configuration can be used alongside artillery systems as a means of determining the co-ordinates of a target. It can also be utilised for border surveillance, battlefield observation, and search and rescue.

NeoX’s 90-120min endurance and its multi-sensor payload enables it to observe, identify and neutralise a target – depending on the task – using a shaped charge head with guaranteed penetration of 240mm (9.5in).

The civil version, meanwhile, has a dual daylight and thermal imaging payload, which can transfer video in real time. 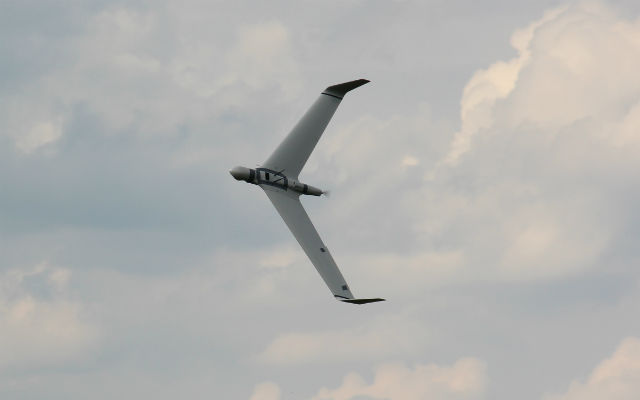 NeoX’s operational range is 10-30km within line of sight of the operator, and it can take off automatically and be recovered using a parachute and airbag.

It is able to follow the direction shown by the observation turret, fly along the fixed route, circulate over the indicated object, and fly to the point specified using co-ordinates provided.