The UK Royal Air Force remains confident that it will introduce British-made weapons onto its future Protector unmanned air vehicle, although a final decision on this element of the programme has yet to be made.

It plans to integrate the Raytheon Paveway IV laser-guided bomb and MBDA Brimstone air-to-surface missile on its future fleet of General Atomics Aeronautical Systems Certifiable Predator B (CPB) – two weapons that it has failed to introduce onto the current MQ-9 Reaper.

Brimstone testing on the Reaper concluded in January 2014, with a separate plan to perform similar evaluations using the Paveway IV, but neither munition was ever deployed on the UAV.

The Block 1 MQ-9 Reaper operated by the RAF is identical to that flown by the US Air Force, which is armed with the Lockheed Martin AGM-114 Hellfire air-to-surface missile.

But, says Air Cdre Ian Gale, assistant chief of staff for command, control, intelligence, surveillance and reconnaissance for the RAF’s air command, with the UK the launch customer for the CPB, it is free to set the configuration.

“Why wouldn’t we do this if it is possible? We believe they are outstanding weapons,” Gale said, speaking at the Royal Aeronautical Society’s UAV conference on 3 October, although he added that “the final work on the weapon [selection] is yet to be done”. 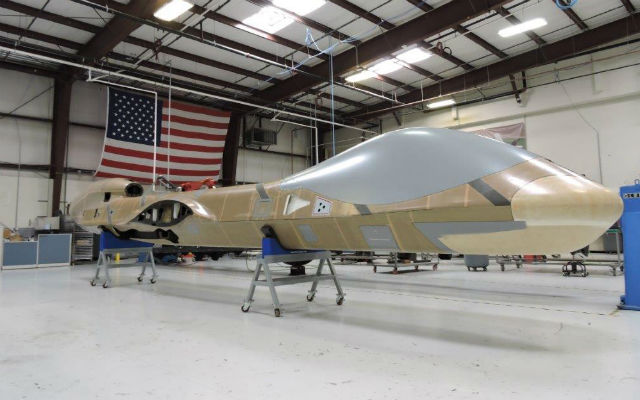 The RAF is also considering using the CPB in a maritime patrol role to complement its ordered fleet of manned Boeing P-8 Poseidons.

Although General Atomics is developing a sonobuoy capability for the CPB, Gale says it will not pursue this option at present: “Today we see value in its radar doing maritime patrol alongside the [P-8]."

He says that it is too early to determine operational specifics, but collaboration between the Poseidon and CPB is a possibility.

Overland testing of the sonobuoy datalink is expected to take place this month, General Atomics says, from the company’s Gray Butte flight operations centre in California, using an MQ-9 Reaper owned by the manufacturer.