Russia has reportedly established a dedicated unmanned air vehicle unit in the eastern region of Chukotka, believed to stem from a $9.2 billion investment in the technology pledged by the nation’s defence ministry in May.

According to the state-owned Sputnik news agency, Alexander Gordeev, spokesperson for the Russian Eastern Military District (EMD), says the unit was formed at the Ugolny military and civil airfield, and it is expecting to receive a number of indigenously-designed Orlan-10 surveillance UAVs by the end of the year.

Flight testing with the type in cold conditions is expected to take place in early 2015, and the type will be operated by Orlan to begin with, until the military unit is fully trained on the aircraft.

Separately, President Vladimir Putin has ordered the establishment of a public body responsible for the implementation of Russian policies in the Arctic, Sputnik says. Putin also requires that a naval force of warships and submarines be positioned near the Arctic to bolster the country’s border defence in the region.

In August it was reported that EMD personnel had started assembling Russian-built Forpost UAVs, which were to carry out patrol missions over Russia’s Kamchatka peninsula.

The unit was to operate six of the type, which entered service at the beginning of 2015, and as of August operators had already completed a training course on the system, Sputnik says.

The use of unmanned technology by Russia is prevalent. This is demonstrated by the reported Russian use of UAVs over Ukraine, as observed by the Organization for Security and Co-operation in Europe’s special monitoring mission (SMM) to the country.

According to the OSCE, the SMM visited Strelkov on the Arabat Spit on 1 December to meet with representatives of the Ukrainian army, who said they had observed military activities on the Crimean side of the peninsula, with a UAV flying every 2-3 days. The SMM could not verify this information, however.

These flights, the National Security and Defence Council of Ukraine says, are increasing. Seven flights took place – alongside terrorist attacks – on 24 November alone.

On 28 November, the NSDC said a Russian UAV was shot down in the Shchastya region of Ukraine, using a ZU-23-2 anti-aircraft weapon. 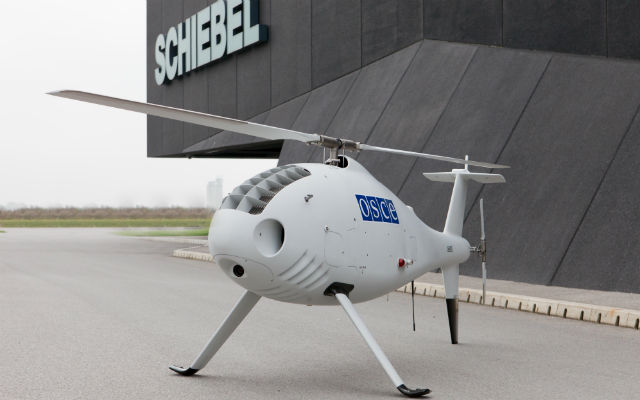 Meanwhile, Russia is believed to have offered unmanned systems to support monitoring of the Malaysia Airlines MH17 crash site in the Donetsk region of Ukraine, along with surveillance of the Russia/Ukraine border.