Russia’s advanced research projects agency is launching a programme for the development of a rotary-winged unmanned air vehicle testbed, which will be used by government agencies to assess advanced robotic technologies for the military.

An announcement from the agency issued on 14 April says it is looking for parties to create a “flying laboratory” UAV, which will explore what it describes as “complex, multidiscipline” technologies necessary to advance autonomous flight.

“Testing using the flying laboratory, looking [at] orientation and vision systems [and] automatic piloting and group interaction algorithms, is an important area of work for the creation of advanced scientific and technological potential in the field of robotic airborne devices," Vitaly Davydov, deputy general director and chairman of the agency’s scientific and technical council, says.

“During the upcoming competition, we plan to identify that developers can solve these scientific and technical problems with high quality and within a reasonable time,” Davydov adds. 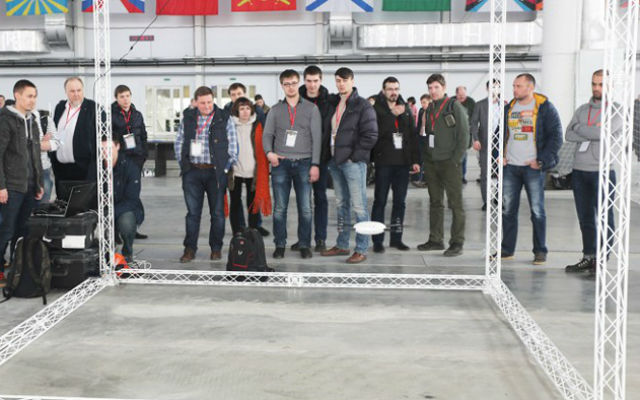 Participants gather to watch a UAV at the workshop, in March

A workshop was held in March which assessed examples of currently available autonomous UAVs, plus the challenges and technical requirements needed for their advancement.

It saw 50 Russian companies gather to explore the technology, and concluded creating highly-manoeuvrable, multirotor UAVs with a maximum take-off weight of 5kg (11lb), and up to 0.5m in length, is a “difficult task”.

“There are a number of problems: from the choice of the aerodynamic circuit, power supply capable of a flying time of at least 60min, and ending with an integrated vision system, including elements of artificial intelligence,” the agency says.

The agency was established in 2012, and is Russia's answer to the US Defense Advanced Research Projects Agency, that looks to develop future military technologies.