Sikorsky will roll out its first optionally piloted UH-60A Black Hawk later this year ahead of a full flight campaign that will commence in 2017.

Unlike the fly-by-wire UH-60MU demonstrator aircraft that is currently loaded with the Lockheed Martin-owned helicopter manufacturer’s Matrix autonomy software, the vintage A-model has a mechanical mixer that must be swapped with an electrically controlled mechanism, among several other flight control changes.

Sikorsky picked the A-model specifically to prove that it could automate even the oldest, Vietnam War-era helicopters and even fixed wing aircraft eventually. These computer-controlled aircraft will be capable of switching between two, one or zero pilots depending on how “super dangerous or super boring” the mission is, vice-president of Sikorsky Innovations Chris Van Buiten told Flightglobal at the AUVSI Xponential exhibit in New Orleans this week. 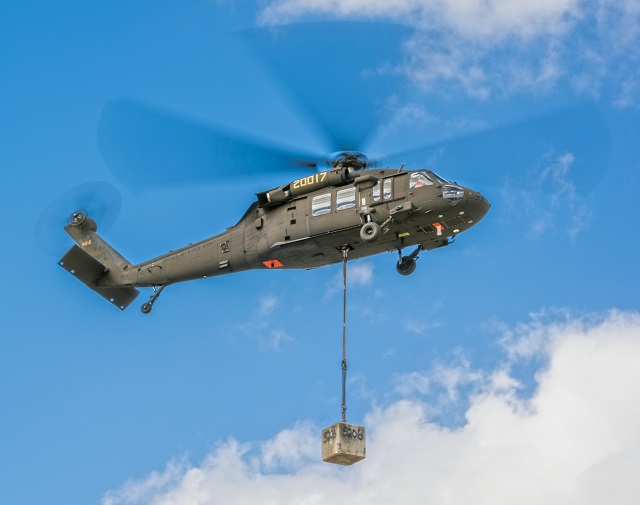 He says Sikorsky “can quite elegantly replace” the necessary flight controls and part of the exercise of converting the A-model is to measure how long it takes and how much it will cost. Van Buiten believes it will be a relatively inexpensive and quick process and he hopes the US Defense Department (DOD) will request at least one upgrade to independently validate those data points.

In addition to the UH-60MU, Sikorsky’s Matrix technology is installed on the group’s fly-by-wire-enabled S-76 Sikorsky Autonomy Research Aircraft (SARA). Van Buiten says the Black Hawk conversion will be a pathfinder for how to drive autonomy into all UH-60 variants as well as Sikorsky's mainstay commercial products, the S-76 and S-92.

The Lockheed division is also exploring applications for fixed-wing aircraft through its involvement with the US Defense Advanced Research Projects Agency’s Aircrew Labour In-Cockpit Automation System (ALIAS) programme. That work is ongoing at Sikorsky’s systems integration laboratory in Stratford, Connecticut.

Van Buiten says Sikorsky's primary focus will always be vertical takeoff and landing platforms weighing more than 4.5t (10,000lb) or so and not smaller unmanned air vehicles. That puts safety and redundancy at a premium because these aircraft are not expendable like small UAVs.

The company has been discussing possible roadmaps for the integration of optionally piloted rotorcraft with various communities within the DOD, but there’s also significant pull from the commercial sector, particularly regarding the S-92.

“It’s been fascinating that the commercial interest has been just as intense as the military interest, so we’re running the two in parallel,” he says. “They’ve seen it in the S-76, they’ve seen it in some Black Hawk demonstrations, they’ve been able to see it in a flight simulator, and now we’re really implementing it in an optionally piloted Black Hawk prototype.” 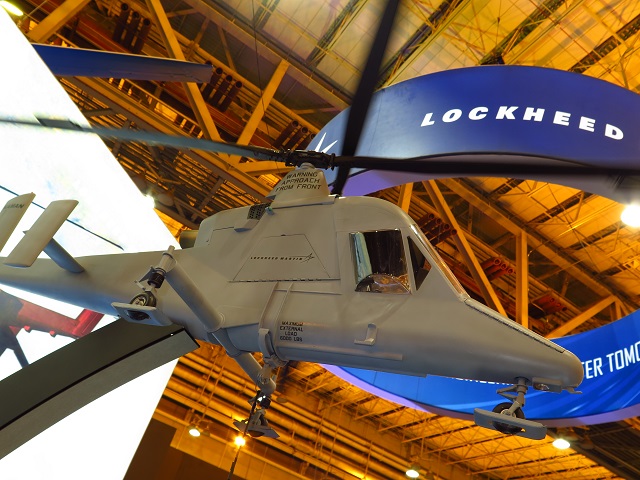 Since the merger with Lockheed, Sikorsky Innovations and Skunk Works in Palmdale, California have gotten together to swap ideas and technology plans. Lockheed developed the unmanned Kaman K-MAX cargo helicopter for the US Marine Corps, so there is plenty of overlap with Sikorsky’s Matrix flight control technology.

The Marine’s two K-MAX helicopters have been retained in a flyaway status and are due to move from Lockheed's hangar to the Yuma Proving Ground in Arizona later this year for capability demonstrations.