Global Energy Transmission is pitching the energy and infrastructure inspection industries on the value of its wireless drone recharging technology.

The company’s technology uses an electromagnetic field to transfer energy from a ring of cables to a drone in flight. Global Energy claims that its Get Air system has a max power transfer rate of 12kW within a circular charging area that has a diameter of about 8m (26ft). The firm says its transmission efficiency is up to 80%. 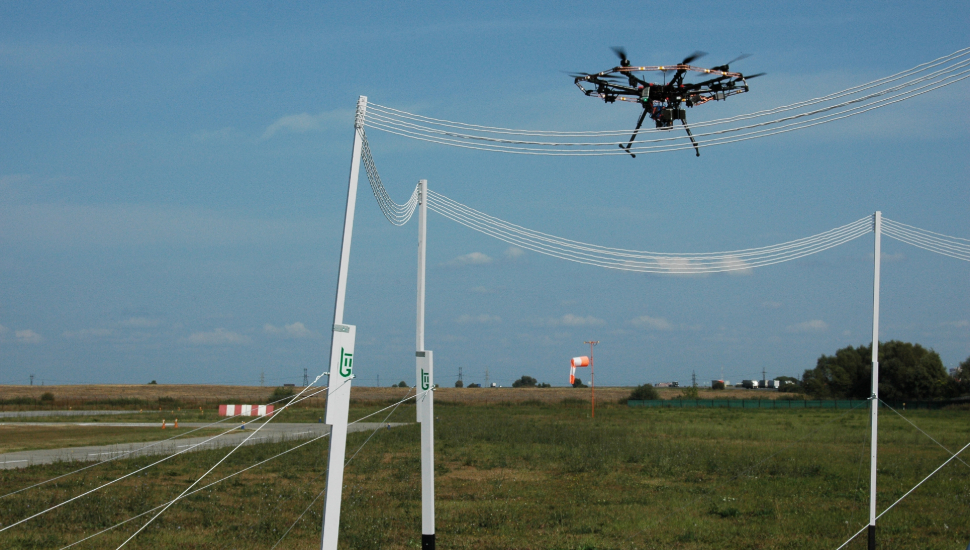 In practical terms, the startup says it’s able to recharge a 13.6kg (30lb) multirotor unmanned air vehicle (UAV) that has a 28min flight endurance in about 6min. The Get Air ring can recharge up to three UAVs at once.

Global Energy believes the wireless energy transmission system is ideal for beyond-line-of-sight drone operators who are inspecting oil and gas pipelines or dispersed infrastructure. The firm’s founder and chief executive, Leonid Plekhanov, says such a system could be set up in remote locations allowing a drone to inspect areas between stations, recharge and then fly onward. The startup believes recharging in mid-air is best because many aviation mishaps occur during takeoff and landings.

The company is currently demonstrating its system on a series of temporary waivers from the Federal Communications Commission. It hopes to have it permanently approved so that it can sell the system to customers.