Advanced Programs Group (APG) performed the first flight test of its new solar-powered unmanned air vehicle in early December and has deemed the trial a success.

Work on the scaled SunSpark demonstrator will ultimately lead to the flight of a full-scale model in late 2017, and this maiden flight will accelerate the development of the UAV, the company says.

According to Yair Dubester, chief executive of APG, the demonstrator took off and landed using solar power. The programme will now lead to the development of a full scale model that will be 9.7m (32ft) long with a wing span of 30m. 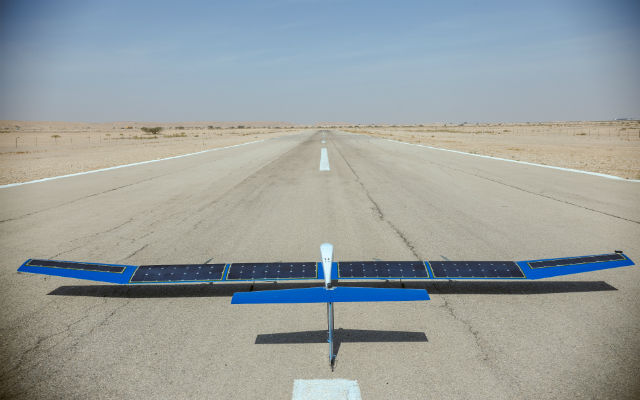 “We identified a need for a solar UAV performing different civil missions, including relay missions … when static infrastructure does not exist,” Dubester says.

The demonstrator version of the SunSpark is 2.9m long, has a 6m wingspan and a maximum take-off weight of 14kg (31lb).

The demonstrator is powered by four electric motors, each with about 0.5 horsepower output.