Having demonstrated the new vertical take-off version of its Aerosonde unmanned air vehicle to a number of potential customers, Textron Systems hopes that current operators of the aircraft will opt to upgrade to the new capability.

The company carried out the first demonstration, for a number of military and civilian customers, of Aerosonde HQ on 6 October at its unmanned systems support centre in Virginia.

“Textron Systems offers the VTOL capability as a kit application to the venerable and proven Aerosonde SUAS, similar to a payload,” David Phillips, vice-president of small and medium unmanned air systems, tells FlightGlobal. “Over a typical mission, the [VTOL] portion of the flight is less than half of 1% of the flight duration.” 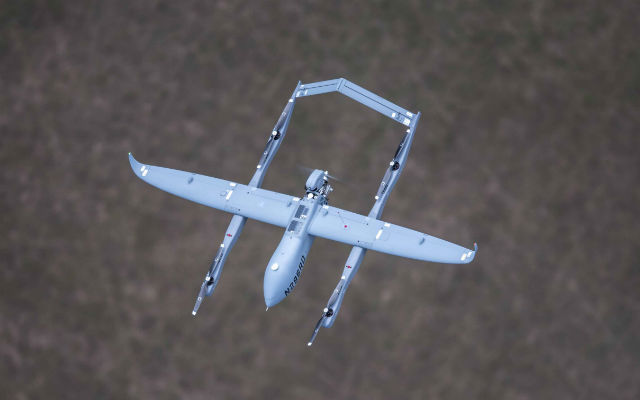 So far, some 50h over 25 flights have been accumulated using the HQ since its first transition flight in March. The baseline system, meanwhile, has performed some 150,000 operational hours.

While there is not yet a launch customer for the variant, Textron is confident of securing orders for the HQ; further demonstrations are planned using its three prototypes.

“Since the completion of the first customer demonstration of the Aerosonde HQ, we have continued to mature and optimise the product – and we will continue to do so,” Phillips says.

“We are actively planning additional demonstrations to show potential customers our new vertical take-off and landing capability. We have already offered the Aerosonde HQ to specific customers as an option for fee-for-service.”

The company provides Aerosonde to a number of customers including the US military – often on a contractor-owned, contractor-operated basis – some of which attended the October demonstration.

Phillips says that should a customer opt for the upgrade, it could be fielded “in as little as 90 days”.