BlueBird's ThunderB tactical unmanned air vehicle performed a record 25.5h flight on 17 March, as part of a demonstration for an undisclosed customer.

ThunderB is a small UAV weighing 28kg (62lb), and the manufacturer says the endurance it demonstrates is typically only found in much larger UAVs, weighing 180kg and above.

The objective of the demonstration was to perform a mission using an advanced electro-optical/cooled infrared payload and long range communications, all for an extended endurance exceeding the 20h mark as required by the customer.

The ThunderB demonstration was conducted in harsh weather, including wind and rain, resulting in the 25.5h flight. BlueBird previously touted the possible endurance as being 16-24h. 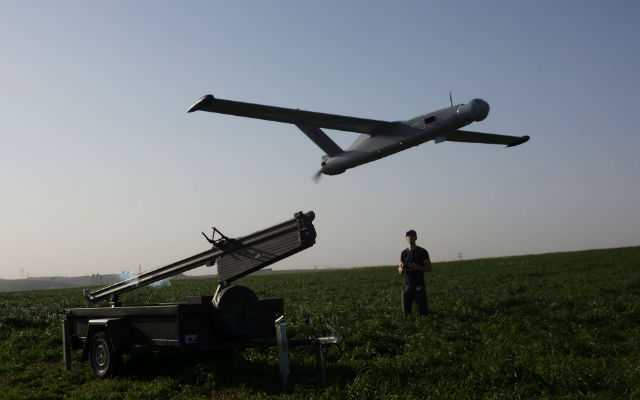 During the test, ThunderB carried out an automatic launch and automatic parachute and airbag recovery. All the capabilities were demonstrated, including a few hours of maximum speed flight.

BlueBird says all the customer objectives were met.

Upon landing, the company further demonstrated to the customer the remaining fuel in the UAV tank could have enabled it to continue the test up to 28h.