Chief executive Tony Dunleavy has written to MP Rory Stewart, environment minister, asking him to consider contracting the company to map the UK’s coastline, waterways and flood defences, which it says it can complete within 12 months using its topography software.

Given UK airspace restrictions, the company is offering to carry the payload using a mixed fleet of manned and unmanned aircraft – the Sensefly eBee electric fixed-wing UAV and the Cessna 208 Caravan.

“Mr Dunleavy reckons he can complete the job before the end of 2016, and not only significantly increase the effectiveness of the budgetary spend, but do so at significantly less cost than currently being spent by the Exchequer,” the company says. “Even better, this can be completed annually to help avoid future flooding disasters arising from out-of-date data.”

Strat Aero says information collected using the topography sensor is more reliable than the current national survey data, and mapping can be carried out to within 10cm (4in) above and below the waterline. 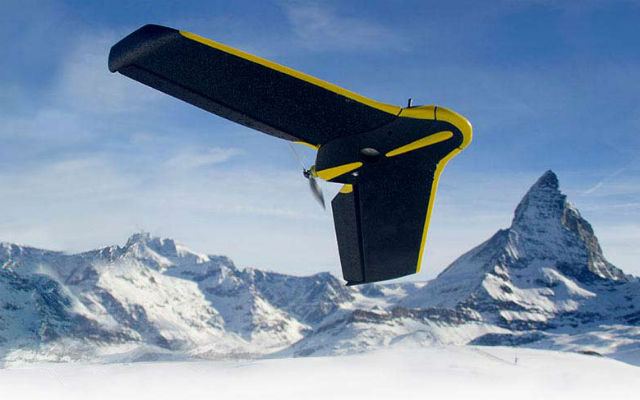 “Having already achieved outstanding results through mapping the Norfolk Broads for the Environment Agency, Strat Aero is perfectly positioned to roll out our service across the UK,” Dunleavy says. “We believe we can provide an up-to-date and more comprehensive dataset than has ever existed for the UK’s coastline and waterways.

“This will provide an excellent foundation for the formulation of a pre-emptive strategy to improve the country’s flood defences, and in the process help prevent further flood damage and suffering occurring in the future.”

The letter was sent the week starting 11 January, but Strat Aero had not received a response from Stewart at the time of going to press.