Fresh from its success in carrying out unmanned air vehicle parcel delivery with Swiss Post, the Matternet One UAV is being evaluated to see if it can speed up the health testing of children in central Africa.

The Malawi government and the Unicef charity are trialling the viability of using UAVs in HIV testing operations, enabling faster transportation of test samples and results than with other modes of transport.

Flight testing using simulated payloads is due to end on 18 March, and has seen the UAV travel a 5.4nm (10km) route “unhindered” between a health centre and a hospital laboratory.

In July, Swiss Post announced it was incorporating the UAV into its delivery service for a trial of how it could be used to transport small payloads in special conditions. 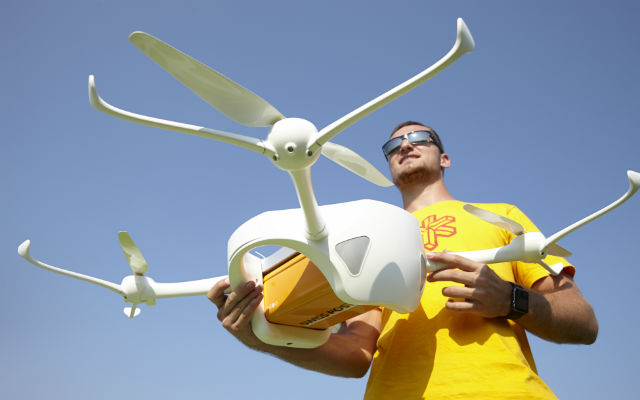 Matternet One UAVs are specifically designed to carry small payloads of up to 1kg (2.2lb) for delivery applications, and can travel 5.4nm on one battery charge.

After the Malawi test flights are complete, Unicef will compare the cost against alternatives. If these prove positive, a second phase will carry out test flights from more remote areas of the country.

Meanwhile, online retailer Amazon – the first of many companies to draw attention to the potential of using UAVs for parcel delivery – is now recruiting to bolster its Prime Air initiative.

A significant number of job vacancies with the company opened in mid-March, including for software and flight control engineers, research scientists, flight safety managers and UAV operators, in the USA and the UK.

When Amazon chief executive Jeff Bezos launched the Prime Air concept in December 2013, initial outlines of its UAV design were circulated. However, in November, a new concept was released in a teaser video starring TV presenter Jeremy Clarkson.

Instead of the small multirotor design originally envisaged, Prime Air showed a concept that was hybrid, combing vertical lift and horizontal flight.

Amazon says it is testing “many different vehicle designs and delivery mechanisms”, to work out what will best fit the bill.

“We have more than a dozen prototypes that we’ve developed in our research and development labs,” it says. “The look and characteristics of the vehicles will evolve over time.”