US Army looks for another quadcopter drone for its squads

The US Army is looking for production sources and product information on off-the-shelf commercial quadcopter drones that could provide real time situational awareness to squads on the battlefield.

The search for a “Squad Class 1 Unmanned Aerial System” is one of several US Army efforts to purchase and distribute small reconnaissance unmanned air vehicles (UAV) to its lower echelons. Other initiatives include the “Short Range Reconnaissance System Platform” and “Soldier Borne Sensor.”

The US Marine Corps is also procuring small UAVs as part of an experiment named "Quads for Squads." 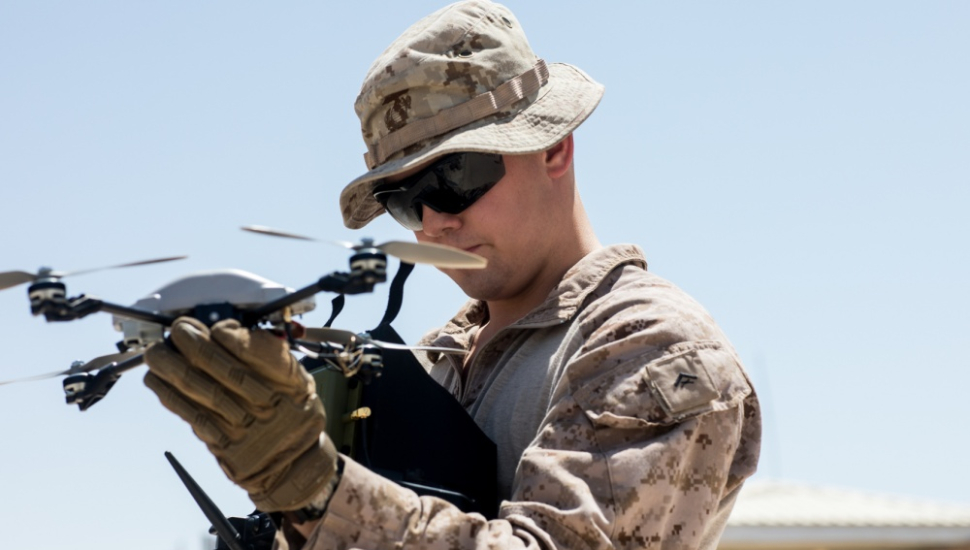 As part of its most recent effort, the US Army is looking for a vertical take-off and landing (VTOL) quadcopter to provide real time and near real time surveillance for small combat outposts, route clearance, and tactical retreats. The service wants an UAV that requires little training, is easy to use and can be rapidly deployed in austere and harsh environments.

The primary payload of the drone should be a high-definition, gimbaled electro-optical and infrared camera that can be swapped out quickly, says the US Army’s online notice. The UAV should also be compatible with a variety of different payloads.

The service also wants an AES-256 encrypted communication and data link with a range of at least 2.7nm (5km). The quadcopter should have a minimum of 45min of flight time with its payload in use.

The entire UAV should weigh less than 4.5kg (10lb), including the battery and payload. And, the whole system should fit inside a small rucksack or assault pack.