The US Air Force made its first-ever automated landing of a General Atomics Aeronautical Systems MQ-9 Block 5 unmanned air vehicle on 7 August.

“This new, all-weather capability greatly increases the autonomy, flexibility, combat effectiveness and safety of the MQ-9 Reaper for the USAF,” said David Alexander, president of GA-ASI Aircraft Systems. “Adding this level of automation will reduce the deployment burden of the warfighter and expand the scope of missions that can be flown by Air Force MQ-9s.” 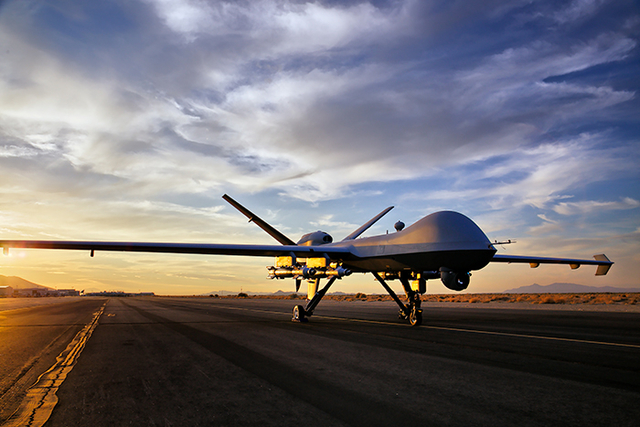 The upgraded MQ-9 will join several other GA-ASI aircraft with the automated landing and takeoff capability, including the US Army operated Gray Eagle and Gray Eagle ERs, Customs and Border Protection MQ-9 Block 1 and MQ-9B SkyGuardian.

“It has been proven that automating the process of take-off and landing reduces the possibility of human error,” said Rob Walker, the company’s senior director of marketing. “Statistically, the majority of aircraft mishaps occur during take-off or landing, so automating this process eases operations for pilots.”

The auto-landing and takeoff function can be used in all weather conditions within the operational constraints of the aircraft, says GA-ASI. It also enlarges the operational envelope for cross wind operations.