The US Air Force has applied the official military designation of X-60A to a hypersonic research rocket formerly known as GOLauncher1.

The X-60A is an air-dropped liquid rocket designed for hypersonic flight research, including testing of technologies like scramjet propulsion, high-temperature-resistant materials and autonomous control.

“The X-60A is like a flying wind tunnel to capture data that complements our current ground test capability,” said Col Colin Tucker, military deputy in the office of the Deputy Assistant Secretary of the Air Force for Science, Technology and Engineering. “We’ve long needed this type of test vehicle to better understand how materials and other technologies behave while flying at more than 5 times the speed of sound. It enables faster development of both our current hypersonic weapon rapid prototypes and evolving future systems.” 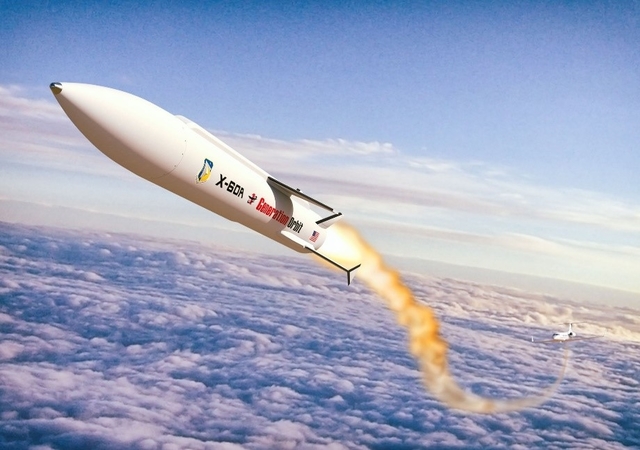 The X-60A vehicle is a single-stage liquid rocket and uses the Hadley rocket engine, which burns liquid oxygen and kerosene propellants. The system is designed to provide affordable and regular access to high dynamic pressure flight conditions between Mach 5 and Mach 8.

The rocket vehicle is to be launched from under the belly of a NASA C-20A, a military version of the Gulfstream III business jet. The X-60A completed a grounded hot firing test in June and its first flight is planned for late 2019.