As the US Air Force faces both pilot shortages and increased demand for its unmanned air vehicle operations in contested environments, the service is offering operators new training to allow them to continue carrying out their missions while under electronic attack.

The 15-day course is being jointly conducted by Creech and Nellis air bases in Nevada, with operators of the General Atomics Aeronautical Systems MQ-1 Predator and MQ-9 Reaper graduating as Electronic Combat Officers (ECO).

Training enables pilots to continue operations when their aircraft come under electromagnetic attack, such as the jamming of UAV satellite communications. Exercises are conducted alongside the 26th Space Aggressors Squadron, which acts as an adversary trying to apply countermeasures to the remotely-piloted aircraft’s (RPA) operations.

“As MQ-1/9 aircraft require satellite signals to operate, it becomes extremely important for aircrews to train toward mitigating potential signal interruptions,” the USAF says. “RPA ECOs integrate with the affected MQ-1/9 aircrews, the relay site, space command, and others at the air operations centre to mitigate signal interruptions.” 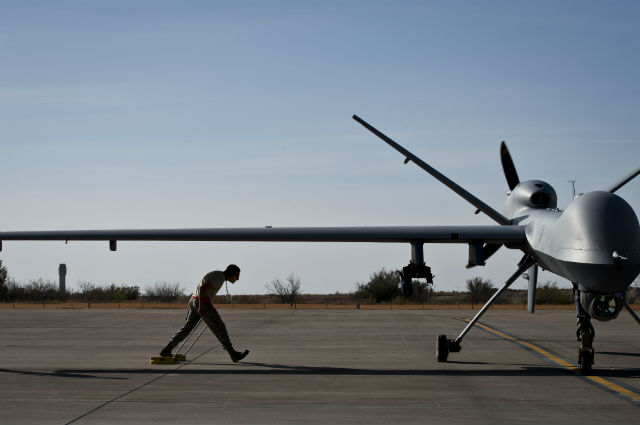 The USAF requires that every weapons and tactics office within a wing or squadron has a number of trained electronic warfare officers, and the course is rolling out to MQ-1 and MQ-9 divisions as operations move towards non-permissive environments.

This, together with the shortage of UAV pilots, led to the creation of the course. Trained pilots will be able to extend the range of their operations into contested environments, and become “dual-hatted” with their tactics and procedures instead of only operating in one "stovepiped" role.

“It came to a point where I felt that we will no longer be fighting in a permissive war, and it couldn’t just be me that knows how to fight against it – so I drafted up a syllabus on how I would train an ECO to fight a threat,” Capt Craig, a MQ-9 pilot and the ECO course creator, says.

“Leadership’s mindset of the Predator and Reaper’s capabilities in a non-permissive fight are shifting, now that we have proven new innovative solutions.”

So far, five airmen from the 432nd Wing have graduated from the course. The plan is for 16 students to complete the course per year until there are eventually two or three ECOs in every unit.