The remotely-piloted aircraft that ushered in the armed unmanned air vehicle revolution, the General Atomics Aeronautical Systems MQ-1, will be put out to pasture by 2018, after more than two decades of service, the US Air Force says.

The service has been planning to retire the MQ-1 ever since introducing the larger and more capable General Atomics MQ-9 Reaper in 2007, but the insatiable demand for intelligence surveillance and reconnaissance and target strikes in conflict zones around the world has kept the original Predator in service.

Now, the air force has set 2018 as the end date for the MQ-1 operations and says the aircraft will be moved to the boneyard, but the ground control stations and other items will be repurposed to support the MQ-9.

“The air force is currently on track to retire all MQ-1 Predators and move to an all-MQ-9 fleet with an estimated completion in 2018,” an air force spokeswoman said 14 August. 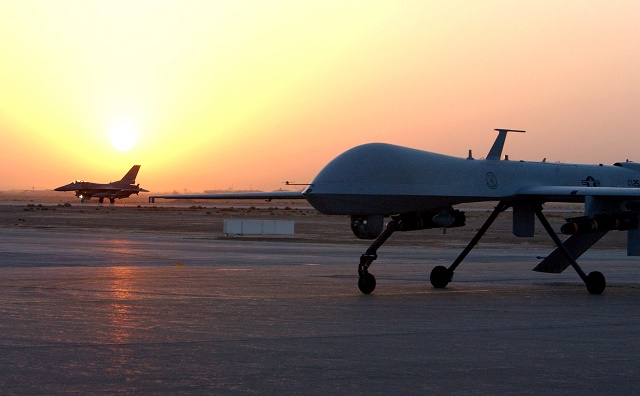 Many retirement dates for the MQ-1 have come and gone, but this new timeframe comes after US defence secretary Ashton Carter authorised the air force to reduce its operational tempo from 65 steady-state MQ-1 and MQ-9 combat air patrols, or orbits, to 60 – giving it some breathing room to tweak operations.

According to a Pentagon official, that order was signed in March, amid concern that the long-term health of the remotely piloted aircraft enterprise would be in jeopardy without some relief and more pilots.

Each orbit requires three or more aircraft and dozens of pilots, sensor operators, maintainers, and intelligence specialists to sustain, and the air force says it is losing more pilots per year than it can train, placing significant strain on the operational force, which has been operating at 70% to 80% manning levels.

The air force says it has already dropped to 61 combat air patrols this year, and will stand down another orbit by October.

“The decision is based on a number of factors, to include resource constraints and the enhanced capabilities of the MQ-9 to meet current and future warfighter requirements,” the spokeswoman says.

“Parts of the system will be repurposed, such as the antenna and other components, but not the actual airframe itself. This is an in-depth process, much of which is pre-decisional at this point.” 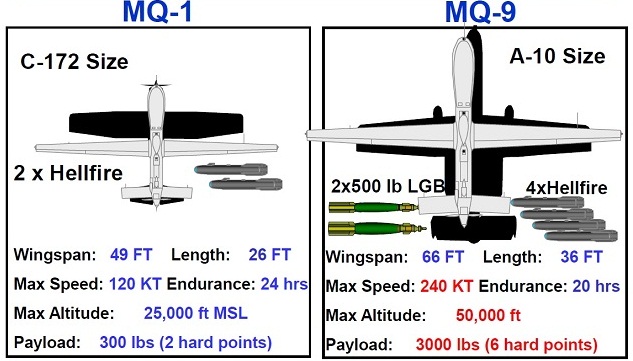 The 2018 date was raised in a recent interview with the 49th Wing at Holloman AFB in New Mexico, which is the primary training location for MQ-1 and MQ-9 pilots.

The 6th Reconnaissance Squadron there is the last training unit for Predator pilots, and is currently ramping up its training tempo to meet an immediate pilot shortfall before transitioning to the MQ-9.

In 2014, as operations in Afghanistan were winding down, the air force announced the MQ-1 would be retired in 2017, but the time line was pushed back after the Islamic State terrorist group invaded Iraq.

Officials have said in the past the MQ-1 aircraft will probably be placed in non-recoverable storage, and not sold on to allies.

The air force began operating the Predator in 1996, only a few years after General Atomics acquired the technology from Leading Systems. The aircraft was armed with Lockheed Martin Hellfire missiles, and redesignated the MQ-1 in 2002. More than 360 were built, but just 145 remain in the air force’s inventory.