If the US Air Force needed to break into places like Iran, North Korea, Russia or China, it would overwhelm those countries' integrated air defence systems with tens of thousands of small and relatively cheap small unmanned aircraft acting as jammers, decoys, cameras and “kamikazes”.

That is according to Col Travis “Flare” Burdine, the air force’s division chief for remotely piloted aircraft operations at the Pentagon, whose office is preparing to unveil the air force’s first comprehensive vision statement relating to smaller unmanned aircraft systems (SUAS).

Unlike the army which uses ground-launched devices like the AeroVironment RQ-11 Raven to keep watch over its brigades, peer over hills, identify targets and create communications gateways between hard-to-contact units, the air force would launch its versions from heavy bombers, and whichever ones have not been struck by an expensive surface-to-air missiles (SAM) would be picked up the back of a Lockheed Martin C-130 turboprop transport aircraft.

“I need a stealth bomber that’s going to get close, and then it’s going to drop a whole bunch of smalls – some are decoys, some are jammers, some are [intelligence, surveillance, and reconnaissance] looking for where the SAMs are. Some of them are kamikaze airplanes that are going to kamikaze into those SAMs, and they’re cheap. You have maybe 100 or 1,000 surface-to-air missiles, but we’re going to hit you with 10,000 smalls, not 10,000 MQ-9s. That’s why we want smalls.” 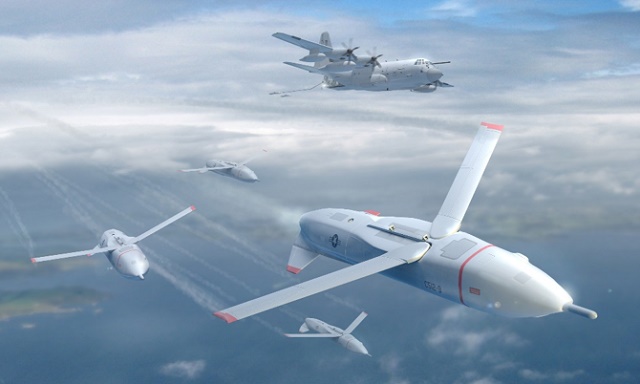 The air force has been preparing its future vision statement for small unmanned aircraft for some time, telling Flightglobal last August that it would be released sometime “this winter”.

Burdine acknowledged the delay, and says that the air force has not paid enough attention to the group 3 class of remotely piloted aircraft. He says the air force now wants to take full advantage of the innovations coming from the commercial unmanned air systems sector, many of which were on display at AUVSI.

Two programmes of record that would help the air force achieve its vision of swarming, highly-automated aircraft cheap enough to build in large quantities is the Gremlins project, which seeks to launch low-cost UAS in volleys and recover them in the back of a C-130. The other is the “low-cost attritable strike UAS demonstration” broad agency announcement that was released in June 2015, which seeks aircraft that are high-performance but essentially expendable if needed. The service is also considering launch concepts like the "arsenal plane", which could be based on a Boeing B-1B or some other large, old air platform.

Burdine says these low-cost SUAS could cost anywhere from $1,000 to $10,000, which puts the air force back on the right side of the cost-curve, if one is shot down by a $1 million missile, like from the Russian S-300 and S-400 integrated air defence systems. The S-300 was recently deployed to Iran.

These SUAS will coordinate their flight paths among each other, with some going left, right, high or low and switching between various sensors, payloads or missions en route. 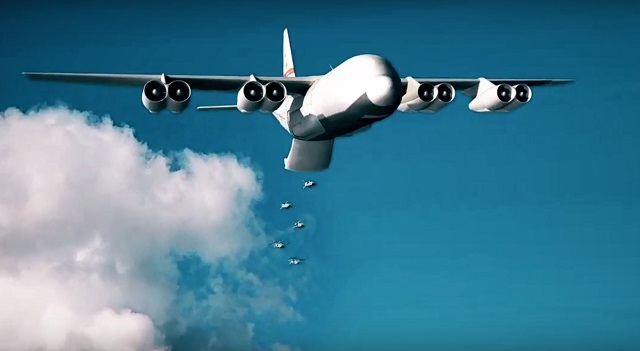 With this major emphasis on the small unmanned systems space and other funding priorities like the Lockheed Martin F-35, Northrop B-21 and Boeing KC-46 tanker, Burdine does not expect the air force to begin looking for an MQ-X type of system to eventually succeed the General Atomics Aeronautical Systems MQ-9 Reaper, which is currently planned to remain in service into the 2030s. He says the primary focus now is on improving the current MQ-9 inventory. “I wish I could say we have a great plan for that next thing, but right now we’re fixing the things that we have and making them more capable. That’s the emphasis,” he says.