The US Navy has achieved the final testing objective of its Northrop Grumman X-47B unmanned combat air vehicle demonstrator programme, following the successful air-to-air (AAR) refuelling of the aircraft on 22 April.

An Omega K-707 tanker transferred some 1,810kg (4,000lb) of fuel using the navy’s probe and drogue refuelling method during the test from NAS Patuxent River in Maryland, which US Naval Air Systems Command (NAVAIR) says is the first time a UAV has been refuelled mid-flight.

A refuelling interface system on board the K-707 exchanged messages with the UCAV, which then manoeuvred its fixed refuelling probe into the tanker’s drogue in the same manner that a manned aircraft would be refuelled, NAVAIR says.

It adds that similar command and control and navigation processes to those used during the demonstrator’s aircraft carrier landing tests in 2013 were utilised during the AAR test. 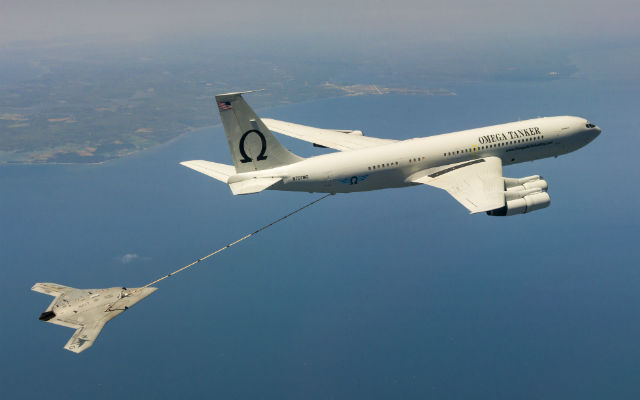 In August 2014, the X-47B took part in a demonstration during which it operated from a carrier alongside a Boeing F/A-18C Hornet. The two aircraft launched and landed from USS Theodore Roosevelt to prove the concept that manned and unmanned aircraft can operate in such a way alongside each other.

“In manned platforms, aerial refuelling is a challenging manoeuvre because of the precision required by the pilot to engage the basket,” Duarte continues. “Adding an autonomous functionality creates another layer of complexity."

A dry connection test was carried out on 15 April ahead of the full AAR refuelling test over Chesapeake Bay, during which the UCAV engaged with the tanker but did not transfer fuel. 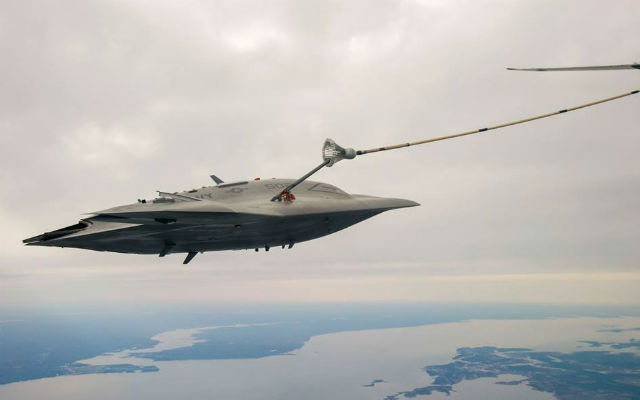 Now the testing has been completed, the two X-47B aircraft are expected to be retired. The technology developed through the programme will eventually be fed into the USN’s future unmanned, carrier-launched surveillance and strike aircraft (UCLASS) programme, which the government said in February – through the release of its fiscal year 2016 budget request – would be postponed by three years.