UTC Aerospace Systems (UTAS) has not given up trying to find a customer willing to install its dual-band DB-110 airborne reconnaissance sensor – or its newer multispectral version, the MS-110 – on the General Atomics Aeronautical Systems MQ-9 Reaper.

The long-range, stand-off sensor can peer across national borders. It has been sold to at least 12 countries so far and is already integrated with the Boeing F-15 and F/A-18, Lockheed Martin F-16 and P-3 and Panavia Tornado.

UTAS officials say the MQ-9 is the logical next step for the high-end reconnaissance sensor because of the aircraft’s endurance and suitability for the mission. The company has gone as far as developing and successfully flight-testing a lightweight pod capable of accommodating the DB-110. That pod is also suitable for carriage on the wing of a Lockheed C-130 tactical transport. 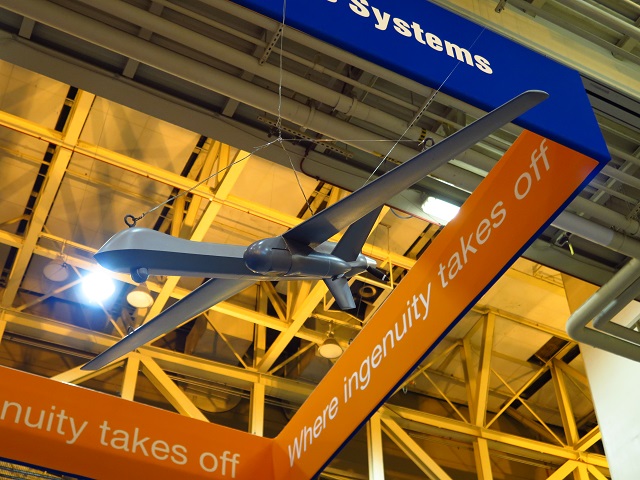 The DB-110, an exportable product derived from the Lockheed U-2’s senior year electro-optical reconnaissance system (SYERS), is “the only long-range electro-optical/infrared sensor integrated on the Reaper that is field-ready”, according to UTAS.

Speaking to Flightglobal at the AUVSI Xponential conference in New Orleans, Louisiana on 4 May, Paul Toumayan, strategic business development executive for UTAS’s intelligence, surveillance and reconnaissance (ISR) and space systems division, says the 24h endurance afforded by Reaper-class aircraft makes them the perfect candidates for this type of mission.

“Today, [the military] very much uses the Predator in a weaponised, tactical role, but they’re up there for 24h and there’s no reason why they can’t fly up and down a border and image very far into that border and look inside,” he says. “You don’t need to cross into that border when you have a DB-110 or MS-110.” 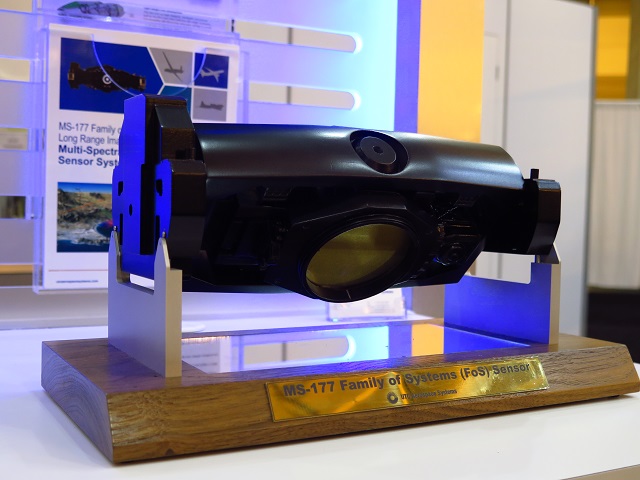 The US Air Force already has plans to install its latest-generation multispectral sensor, the UTAS MS-177, on the Northrop Grumman RQ-4 Global Hawk. UTAS declines to discuss that sensor, which was also recently flown on the General Atomics Predator C Avenger.

The MS-177 will feed “long-range, multi-band, day/night” imaging products to the intelligence community within the US government.

It gathers information across seven spectral bands and its collection modes include "spot, wide-area search, persistent surveillance, and full-motion video". It weighs 264kg (538lb) and is compatible with the Global Hawk, P-3, Boeing P-8A Poseidon and at least one business jet.