A crowd-sourcing campaign to bring an indigenous Ukrainian unmanned air vehicle into operation to monitor “enemy movement and locations” has raised 84% of its target.

Through the People’s Project site – a venture that aims to provide support to Ukrainian armed forces in times of political and military crisis – the “First People’s UAV Complex” project has been established. It is raising money for what it has dubbed the “People’s Drone” – or PD-1. 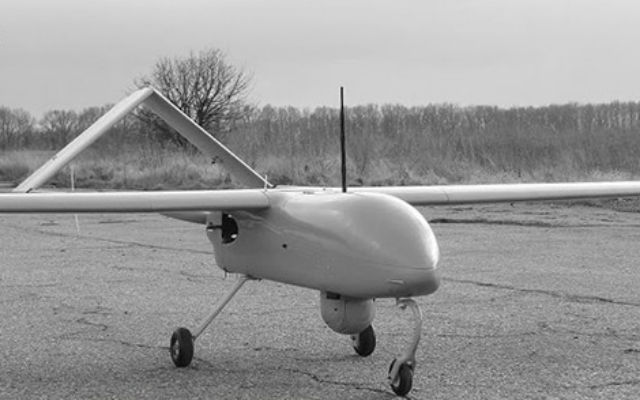 “It’s no secret that enemy forces are armed with systems that jam and interrupt signals to gain control over our drones,” the campaign information reads. “Our system is designed so the UAV, in the case of signal jamming, goes into a completely autonomous flight mode and returns to base on its own. This feature greatly reduces the risks of losing it.”

It is fitted with an inertial navigation system, which uses built-in position sensors to track the direction of the aircraft and its current position relative to its start position, it says.

People’s Project continues to explain that it has made operating the UAV as easy as possible, and has predicted “all the possible enemy action and made a number of technical and design amendments to successfully counter opposition hostility”.

PD-1 features a gimballed gyro-stabilised electro-optical and infrared zoom payload that was designed to be able to transmit and record video, and it has an endurance of some five hours. In March the UAV carried out its maiden flight using the camera.

Since the annexation of Crimea by Russia, and the subsequent intervention in Ukraine, many Western organisations have sent help to Kiev throughout the civil dispute, including through the use of UAVs.

The Organization for Security and Co-operation in Europe has been using the Schiebel S-100 rotary-wing Camcopter UAV in Ukraine to monitor tensions that have arisen, but that has been jammed and shot at since it was contracted in August 2014.

“After the annexation of the Crimean peninsula and the attack on the mainland, Ukraine found itself in a critical financial situation,” the People’s Project explains. “Ukraine is now exhausted and poor, so we ask now [for] support [for] Ukraine and to help [the] Ukrainian army.”