The Łoś (Moose) unmanned air vehicle has been developed by WB Electronics in order to meet the requirements of Polish armed forces seeking a medium-range tactical system.

The technology used in this UAV ensures fully autonomous take-off and landing, and the Łoś design allows it to be easily operated while also being able to carry out long-duration flights, the company says.

Its twin-engined design allows for reliability, it adds, and Łoś can be equipped with communications and electronic intelligence sensors, contamination detection sensors, and a warhead.

The UAV takes off from a specially-designed mobile launch pad, which WB says can be deployed on any terrain. The operational range of Łoś is 97nm (180km). It has a take-off weight of 85kg (187lb) and a wingspan of 6.4m (21ft). 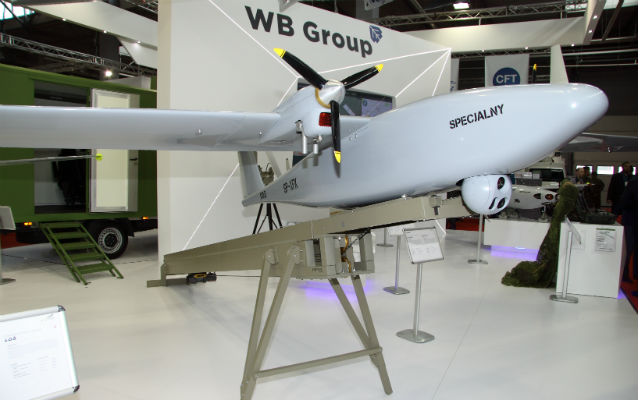 The new Sting weapon system, meanwhile, has been designed to extend the range of missions of unmanned systems into combat roles.

The glide bomb permits scaled synchronous strikes to be conducted on detected objects, and can be carried on different types of UAV, including the company’s Fly Eye UAV.

It has an independent autopilot, and thanks to the algorithms used, the system features a high strike accuracy, the company says, and can carry up to 700g of explosive. 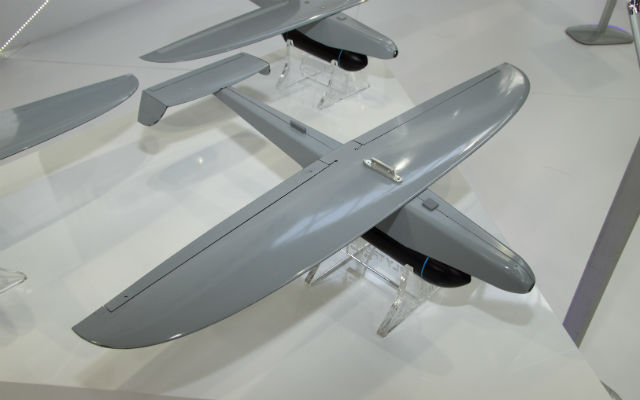 Sting on a UAV