Climate-change protesters have threatened to shut down London Heathrow airport over the summer in a bid to force the UK government to cancel planned expansion of the hub.

Extinction Rebellion says it plans to carry out "non-violent direct action" on 18 June that would prompt the closure of the airport for a day, and would escalate efforts in July if demands were not met. 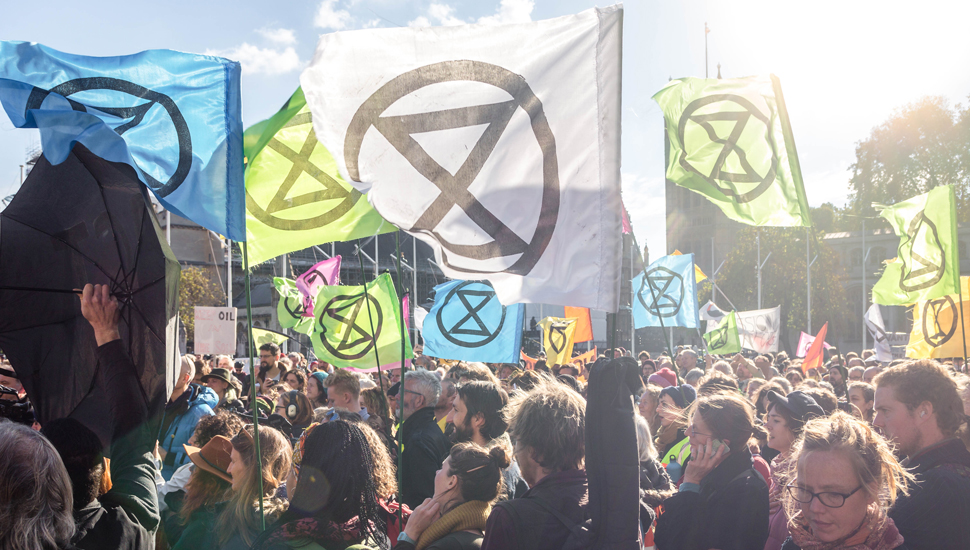 "If the government does not cancel all Heathrow expansion, Extinction Rebellion will act to shut the airport down for up to 10 days from 1 July," warns the group.

"Extinction Rebellion is in the consultancy stage with its members on the proposed action," it adds.

Media reports cited internal documents written by the activists as proposing the use of drones to halt airport operations.

Heathrow says such an action would be "reckless" and could endanger the lives of the travelling public.

"We agree with the need to act on climate change, but that requires us to work together constructively – not commit serious criminal offences just as hardworking people prepare to spend a well-earned holiday with their family and friends," the airport states.

In the UK, it is against the law to fly a drone inside an airport's flight restricted zone. Endangering the safety of an aircraft with a drone is a criminal offence and may result in imprisonment for five years.

Gatwick was closed for more than a day in December after reported drone sightings in the vicinity.

Heathrow works with the UK government and London's Metropolitan Police to mitigate the threat of illegal drone activity at the airport. The airport says it does not comment on specific measures for safety reasons.