Remember the Sonic Cruiser? Flight International pays tribute to designs, like the VTOL HS141 and giant MD-12, that never made it off the drawing board

During the last 12 months two new airliner programmes have been given the go-ahead – the Airbus A350 and Boeing 747-8. While the former has evolved into a fully defined, launched programme after an extremely short gestation period, the other – an enlarged 747 – comes after nine years of deliberations. 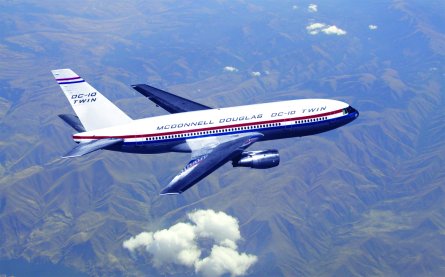 Although the length of time Boeing has spent developing a bigger 747 design is something of a record – this magazine first wrote about plans for a stretched 747 in October 1968 – there have been many, many airliner projects that have had considerable time invested in their development before being cancelled. For this festive double issue, Flight International has trawled the archives for airliner projects that were once featured in this magazine, but ended up remaining on the drawing board.

Back in the 1960s there were rafts of airliner projects that promised new levels of efficiency or operational flexibility, but few made the grade. Probably one of the most ambitious fascinations among civil airframers in the USA and Europe in the late 1960s was the desire to employ the go-anywhere capability of vertical/short take-off and landing (V/STOL) military aircraft in an airliner. 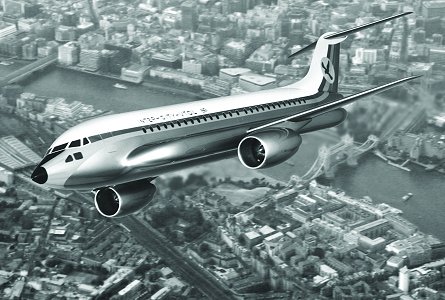 During 1969-71, Hawker Siddeley undertook extensive studies of a V/STOL airliner under the designation HS141. Equipped with a pair of pylon-mounted turbofans in a conventional underwing layout, the HS141 also had a broad belly extension incorporating 16 vertically mounted “advanced lift engines” – Rolls-Royce RB202s. Much effort was invested in ensuring that the aircraft’s noise levels were not excessive, although the likelihood of such an aircraft being quiet is small given its lift engines.

Operating from short, city-centre airstrips, the 100-seat HS141 would have had a range of around 900km (486nm) while capable of cruising at around 520kt (960km/h). In 1970, Flight International reported that development costs of the HS141 were £220 million, with a further £110 million needed “for studies into operating infrastructure, navigation and approach aids and airport facilities”.

The aircraft would have had higher operating costs than a conventional aircraft, but at the time fuel prices were relatively low and it was it was argued that the cost would be outweighed by the benefits of convenience and productivity. However, the escalating fuel crisis in the early 1970s killed off the V/STOL airliner studies, and the focus shifted to STOL designs like the de Havilland Canada Dash 7 and later the British Aerospace 146.

With the advent of the short/medium-range widebody trijet designs towards the end of the 1960s, there were some who thought it could be done more efficiently with just two engines. While Airbus Industrie ultimately triumphed in being the first to create a widebody twinjet, there were others with similar ideas, including British Aircraft Corporation (BAC) which in 1968 was planning to build an all-British widebody airliner – the R-R RB211-powered Three-Eleven. Looking rather like a BAC One-Eleven on steroids, this rear-engined, T-tail design would have been similar in size to the Lockheed TriStar and McDonnell Douglas DC-10. With a maximum take-off weight of 121t it would have been able to seat up to 270 passengers in an inclusive tour layout and have a range of around 3,700km (2,000nm).

This wacky but impressive twinjet design was set to be a unilateral rival to the Airbus A300 project, which at the time had UK, French and German participation and RB211 engines. According to a major feature published in Flight International in November 1968, BAC expected to give the Three-Eleven the go-ahead by May 1969 and fly the first aircraft by October 1972. Work on Three-Eleven fuselage frames was even begun at BAC’s Weybridge factory.

However BAC wanted UK government backing for half of the estimated £140 million development costs After several delays the Three-Eleven project was finally axed in 1970 when state funding was not forthcoming, despite backing from national carrier British European Airways. The latter eventually ordered TriStars for its high density, short range routes.

Then there were two

In the early 1970s, MDC also saw the benefits of two engines, and came up with a fairly simple solution – a DC-10 with a slightly shortened fuselage and the centre engine eliminated. Dubbed rather logically the “DC-10 Twin”, this airliner could arguably have stopped the Airbus A300 in its tracks – had the threat of the European twinjet been taken seriously at the time – but it posed a danger to the existing DC-10-10 trijet.

The DC-10 Twin had a range of 4,000km with a load of 236 passengers, and an in-service target of 1975. However the company dithered over the decision to launch and never gave the Twin the go-ahead. Although the DC-10 became the benchmark long-haul airliner in its category, MDC had to sit by and watch the A300B4 mop up all the short-haul widebody business in the late 1970s. The concept of a twinjet derivative of the DC-10 and later MD-11 were revisited several times during the 1970s, ‘80s and ‘90s, but none made it off the drawing board.

Despite the formation of Airbus Industrie as the focus for Europe’s widebody airliner aspirations, there were many unilateral studies underway of new generation single-aisle aircraft by the region’s manufacturers’ – evaluations that would ultimately lead to the development of the A320 family under the leadership of Airbus. Hawker Siddeley had squandered its opportunity to be the world leader in narrowbody airliners in the late 1950s when it focused too much effort on meeting the UK national airline’s requirements when designing the Trident trijet, and failed to give the aircraft worldwide appeal. However it was convinced that it could re-establish itself by combining the strong elements of the Trident with the new “10-tonne” high-bypass turbofans then under development to create new high-efficiency narrowbody design. As the existing R-R Spey-powered Trident 2E/3B programmes were drawing to a close in the mid-1970s, Hawker Siddeley began studies on re-engined twin and trijet versions under the project names “Trident 4” and “Trident 5”. 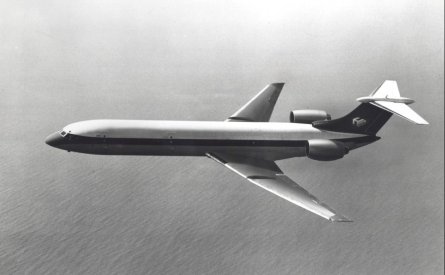 Twinjet variants equipped with the new CFM International CFM56 (or proposed Pratt & Whitney JT10D) high-bypass turbofans were proposed featuring new and/or modified wing designs combined with the Trident 3B fuselage (in some cases stretched). A trijet powered by the planned refanned R-R Spey engine (the RB163-67, which eventually led to today’s Tay) and incorporating an extended fuselage, was also proposed. The various proposals would have seated between 142 and 180 passengers in mixed-class layouts.

However by mid-1976 the Trident 4 and 5 plans had been dropped, although the studies led to the European collaborative CAST (Civil Aircraft Study Team) and JET (Jet European Transport) proposals and later the Airbus “SA1/SA2/SA3” (single aisle) programme from which the A320 evolved.

“MD-12” was a much-used designation covering all post-MD-11 projects and studies including stretched and re-engined versions of the MD-11 trijet, but it was an all-new double-deck, four-engined design of 1992 that probably showed the most promise. Seating 430 passengers on two decks, the MD-12 had a maximum take-off weight of 430t and a range of 14,800km. A higher capacity version would have seated 511 passengers, but range was reduced to 13,300km. The entry-into-service target of the the initial MD-12 model was 1997, and stretched and twin-engined versions were expected to follow.

Unfortunately, timing and funding requirements killed any chance of MDC being the world leader in ultra-large airliner development, with the company being unable to find enough market interest in that post Gulf-War 1 recession era of the early 1990s to justify the $5.5 billion development cost.

The A320 family now spans the 110- to 190-seat range, but there was time before the creation of the smallest model, the A318, when Airbus came close to creating a standalone 100-seater family in co-operation with China, dubbed the AE31X family. In May 1997 Airbus signed a framework agreement with the then Aviation Industries of China (AVIC) calling for the development of 100- and 125-seat aircraft, to be assembled in China, with entry into service planned for mid-2003. Also party to the agreement were Singapore Technologies (ST Aero) and Alenia’s parent Finmeccanica.

The baseline AE31X model would have been the AE316 seating 95 passengers two-class or 105 passengers one-class. Similarly, the larger AE317 would have carried 115 or 125. Although they resembled the A320 family, the new aircraft would have had a narrower five-abreast fuselage cross-section, but a common pilot rating with the A320. The aircraft’s concept was similar to what Bombardier is proposing with its CSeries family of 110-130 seaters.

During the AE31X pre-development phase, which was due to run for 18 months ahead of the planned launch of full-scale development in 1999, things started to go awry. ST Aero pulled out and ultimately the project was abandoned in September 1998. “The four partners have made an in-depth viability assessment of such a new aircraft and have jointly concluded that no solid common basis was found for further developing this new aircraft,” said Airbus at the time, which by then was already well ahead with plans for its A320-based 100 seater – the A318.

Boeing has turned the 777-200 platform into the world’s longest-range airliner with some help from General Electric and its GE90-115B engine as the –200LR, but there was a time when the manufacturer thought it would have to follow the 747SP route to achieve ultra-long range and develop a shrink variant.

Dubbed the 777-100X, this shrink was first proposed in March 1995 as a derivative with a 12-frame (6.4m) reduction in length over the -200, reducing typical three-class seating to 250. Flying surfaces would be identical to the existing models. With an MTOW of 300t and equipped with 93,000lb thrust (414kN) engines, the -100X would have had a range in excess of 15,550km when it entered service in May 1999, with Singapore Airlines targeted as launch customer.

However parallel studies of a “777-200X” attracted more interest due to lower seat/km costs than those of the smaller capacity -100X and ultimately led to the demise of the latter, although it was briefly revived in late 1999 to counter the A330-200 in a campaign at SIA to find an A310 replacement.

A look at airliner projects that never made it off the drawing board would not be complete without a mention of the Boeing Sonic Cruiser. This imaginative transonic long-range airliner grabbed the headlines as well as the imagination of many international airlines in the early 2000s. 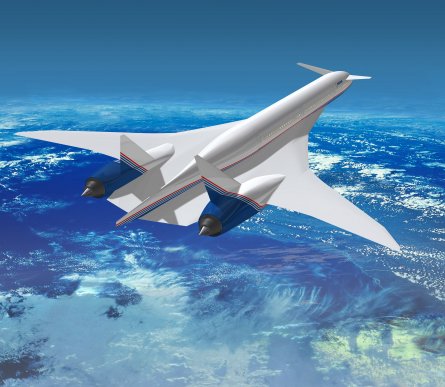 Designed to fly at speeds up to Mach 0.98, the Sonic Cruiser had been a secret design effort by Boeing until it was publicly unveiled in March 2000. Configured with an aft-mounted double-delta, or “cranked arrow”, wing combining a high-speed inboard section and a high aspect-ratio outboard section, and possibly canards on the forward fuselage, the initial Sonic Cruiser was to be a twin-aisle variant seating 225-250 passengers and powered by all-new engines.

While cynics believe the Sonic Cruiser was merely a smoke screen for studies that would ultimately led to the conventional 787 family, the evidence is it was more likely a brave effort by Boeing to do something radically different with its airliner product line. Certainly the airlines took the project seriously until it became clear that the 20% speed increase it offered was unlikely be enough to justify a big enough fare hike to make it worthwhile.

Potential customers then advocated the use of the Sonic Cruiser’s advanced technology to drastically reduce operating costs of conventional designs, and conveniently Boeing was undertaking studies of a high-technology, conventionally configured reference aircraft to the Sonic Cruiser studies – dubbed project Yellowstone – which led to the 787 family. And the rest, as they say, is history.