Relatives of 737 Max crash victims want regulators to re-certificate the troubled Boeing narrowbody as a completely new aircraft, and only after crash investigations are complete.

That was one message delivered to US lawmakers on 17 July by relatives including Paul Njoroge, whose wife, three children and mother-in-law died in the March crash of Ethiopian Airlines flights 302.

The 737 Max is "too different from the original certified plane", Njoroge says in testimony during a hearing of the House Transportation and Infrastructure Committee's Aviation Subcommittee.

Njoroge testified "because my wife would have wanted me to", he says, adding that aircraft safety improvements "would be good for the world".

"Re-certification must take place in combination with a full legislative fix for the aviation safety system," Njoroge says.

The software was designed to make the Max fly like the earlier-generation 737NG. The crashes killed 346 passengers and crew, prompting the global grounding of the 737 Max in March. Boeing is coordinating with FAA to certificate an updated version of the 737 Max’s flight control software.

Neither the FAA or Boeing commented about calls for regulators to certificate the 737 Max as a new aircraft.

The FAA in a statement echoed its stance that is "following a thorough process, not a prescribed timeline, for returning the Boeing 737 Max to passenger service".

"The FAA will lift the aircraft’s prohibition order when it is deemed safe to do so," the agency says. "FAA is continuing to evaluate Boeing’s software modification and is still developing necessary training requirements."

“We truly regret the loss of lives in both of these accidents and we are deeply sorry for the impact to the families and loved ones of those on board," Boeing says in a statement. "We are committed to working with the communities, customers and the aviation industry to help with the healing process.” 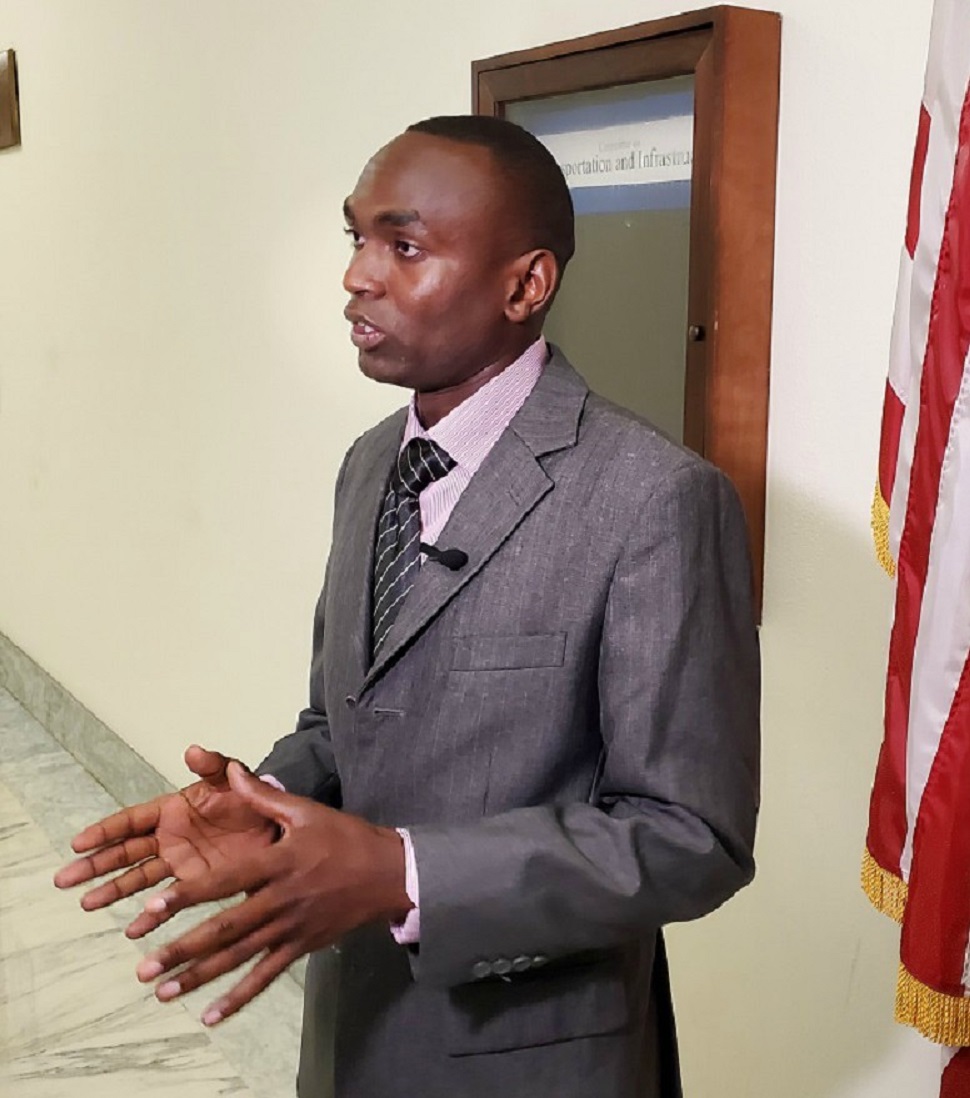 Speaking during a hearing in Washington, DC, Paul Njoroge advocated that regulators re-certificate the 737 Max as a new aircraft

Lawmakers and regulators have also reviewed pilot training as a possible factor in the two crashes. Acting FAA chief Dan Elwell has said pilots were not given adequate information about the flight control software.

Njoroge criticises Boeing for shifting blame to "foreign pilot error" in the wake of the two crashes, calling it "an insult" and arguing that Boeing would never try to blame pilot error if those fatal crashes occurred in the US.

"Boeing and their apologists want to shift scrutiny from their single-minded quest for short-term profits over safety and place it on foreign pilots, who, like American domestic pilots, were left in the dark," he says. "The term 'foreign pilot error' is utter prejudice."

During the hearing Michael Stumo, whose daughter died in the Ethiopian Airlines crash, told lawmakers, "We the families are not experts but do have recommendations".

To prepare pilots to respond to updated 737 Max aircraft, the families want the FAA to require simulator training.

To ensure accountability for Boeing, Stumo says the committee should also offer protective subpoenas to allow whistleblowers to testify even if they agreed to a gag order as a condition of a settlement with the airframer.

Lawmakers and witnesses in previous hearings also voiced concerns about the FAA's organisation designation authorisation (ODA) – the system under which the FAA grants companies and their staff authority to oversee some aspects of certification. Njoroge says Congress should require FAA to return to the designate engineering representative model that existed before ODA was implemented in 2005.

"Fundamental safety improvements are affordable and well within our reach," Njoroge says. "The Senate should only confirm a new FAA administrator if that person agrees to safety reforms."

The Senate Committee on Commerce, Science and Transportation on 10 July voted 14 to 12 to advance President Donald Trump's nominee to head the FAA – former Delta Air Lines executive Steve Dickson. The Senate takes recess on 5 August, but a vote could come sooner.

When pressed by lawmakers about the 737 Max during his confirmation hearing in May, Dickson said “I will never certify an airplane that I wouldn’t put my family on.”

The House and Senate in previous hearings have questioned whether the FAA allowed Boeing to rush the 737 Max through certification.

Stumo says "it's becoming clearer as we learn about the plane" that it should be treated as a new aircraft.

"I think the FAA is taking their job seriously right now because the certification has been pushed back because they found additional problems," he says.

FAA pilots in June uncovered a data processing issue on Max aircraft that affected their ability to counteract a runaway stabiliser trim. The issue is separate but related to the MCAS flight control error because the runaway stabiliser procedure is the means by which pilots have been instructed to address the MCAS error that contributed to two fatal crashes.

Stumo and Njoroge say Boeing never directly contacted them or other relatives of the 346 people who died in the two 737 Max crashes. This, Njoroge says, contrasts starkly with the actions of Ethiopian Airlines, which sent letters of condolence to families.

From his perspective as an investment manager, Njoroge says Boeing viewed the crisis "only through the lens of its stock price".

House transportation committee chair Peter DeFazio says the committee plans to eventually have Boeing testify, but calls that "a work in progress" as lawmakers review information from Boeing and other sources.

The same day as Stumo and Njoroge testified Boeing announced it dedicated $50 million of a previously announced $100 million to provide near-term financial assistance to families of people who died in the crashes.

Stumo and Njoroge both say Boeing has been playing public relations rather than listening to the families of the victims about their needs.

"It is hard to trust Boeing with their apologies, given they have not reached out to us," Stumo says.