Swedish investigators have found that operating manuals used by West Atlantic did not describe crucial aspects of the behaviour of primary cockpit displays in the event of an in-flight upset.

The inquiry into the fatal accident involving a Bombardier CRJ200 freighter in northern Sweden, during a night flight on 8 January, indicates that the captain was startled by an indication of a sharp nose-up pitch on his display – an indication which was false. 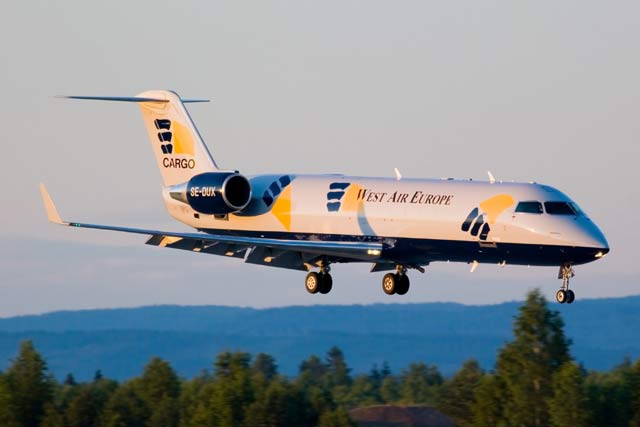 Investigation authority SHK believes the aircraft was manually pushed into a sudden dive, disconnecting the autopilot, in response to the false indication.

While the two pilots’ displays were designed to indicate a possible mismatch between the attitudes, they were also designed to “declutter” – removing secondary information, including these mismatch warnings – in the event of a serious upset.

The inquiry says that it was unable to find any description in the operator’s manuals regarding the display features associated with unusual attitudes, including the decluttering and the appearance of red chevrons indicating recovery directions.

These features, says SHK, were contained in the manufacturer’s reference manual for pilots. But the operator “did not have access” to this manual and its training organisation did not use it.

SHK also found that the operator’s manual did not describe any immediate actions in the event of a master alarm or master caution, nor procedures or call-outs in the event of an automatic disconnection of the autopilot.

Neither of the two pilots survived after losing spatial awareness of the CRJ’s attitude as it accelerated towards the ground. The inquiry says the crew failed to communicate effectively to understand and resolve the problem following the initial false pitch-up indication.

SHK has recommended improvements to the design of primary flight displays to ensure that relevant information is not lost in the event of an in-flight upset.