The US Defense Advanced Research Projects Agency has demonstrated robotic helicopter legs that promise to soften and stabilise rotorcraft landings for just a “moderate increase” in weight.

By replacing traditional landing gears with automatic robotic legs, the US government thinks it can reduced hard landings by a factor of five and land on 20° slopes without risk of the rotor blades hitting the ground.

The technology being developed by the Georgia Institute of Technology under DARPA’s Mission Adaptive Rotor (MAR) programme could “greatly expand the effectiveness of helicopters across many military and national security missions,” DARPA said in a statement.

“Helicopters are incredibly manoeuvrable in the air, but during landing and takeoff their traditional skid- and wheel-based landing gear requires stable, flat surfaces—surfaces that are often unavailable in helicopter-needy environs such as forward operating areas, ships at sea and natural-disaster zones,” the organisation says. 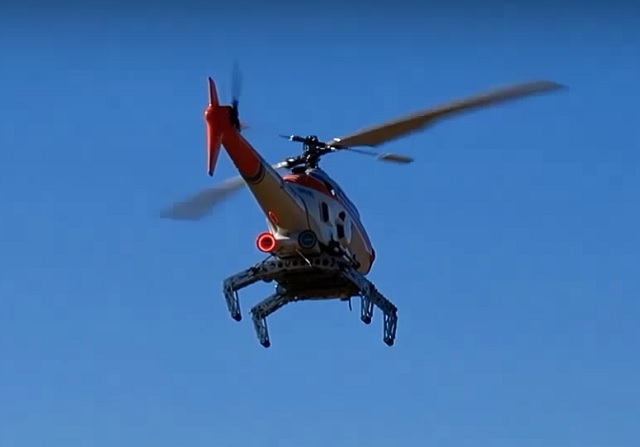 The four robotic legs use force-sensitive contact sensors to adjust to uneven terrain, keeping the rotorcraft on a safe, horizontal plane. After takeoff, the legs fold away under the fuselage.

“The equipment . . . successfully demonstrated the ability to land and take off from terrain that would be impossible to operate from with standard landing gears,” says DARPA programme manager Ashish Bagai.

The demonstration took place in Atlanta, Georgia, and the technology remains in development at the institute. It has obvious applications for Northrop Grumman's MQ-8 Fire Scout aircraft and others that operate from relatively light and unstable platforms such as the littoral combat ship. 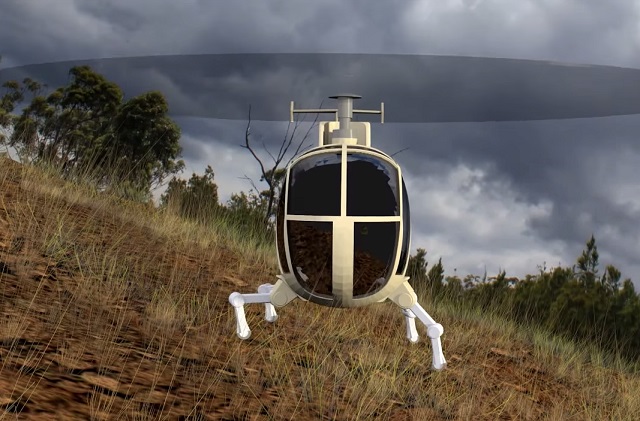 The DARPA/Georgia Institute of Technology team relied on computer-based simulations to mature the concept.