Dassault conducted the first flight of an upgraded Mirage 2000 fighter for the Indian air force at Istres air base in France on 5 October.

The activity was performed using the first of two aircraft to be upgraded in France, as the programme's remaining 47 examples are to be modified in India by Hindustan Aeronautics (HAL) in Bengaluru. The $2.4 billion upgrade was originally contracted for 51 aircraft (file image, below), but two were lost last year due to reported engine trouble. 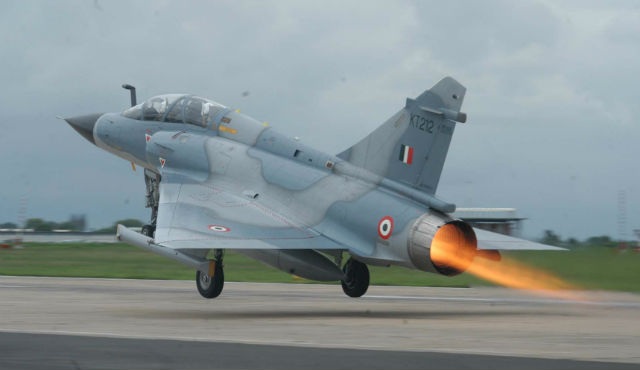 The upgrades will see the installation of the Thales RDY radar, a new glass cockpit with helmet-mounted display system, upgraded avionics with a brand new electronic warfare suite and an operational data link. In January 2012, the Indian air force selected MBDA’s Mica missile as the primary air-to-air weapon for its upgraded Mirage 2000s. Its order was worth €950 million ($1.3 billion) for approximately 500 missiles.