Hanna joined the RAF in 1949 after learning to fly in New Zealand. He flew a wide range of combat types - starting with the last of the big piston-engine fighters like the Tempest, Sea Fury, Balliol and Beaufighter, transitioning into the jet era on the Meteor ,and then other British models including the Vampire, Venom, Attacker, Sea Hawk, Swift and Javelin.

But he achieved fame after being selected as number three for the newly created Red Arrows in 1965 and going on to lead the nine-aircraft team, flying Folland Gnats, from 1966-1969 as it became the first jet formation team to be truly known across the globe.

After being awarded a bar to the Air Force Cross he had won for repeated feats of airmanship, he left the service and flew for airlines including Lloyd International Airways and Cathay Pacific.

In the 1980s he built up the Old Flying Machine Company at Duxford aerodrome in eastern England with his son Mark who sadly died flying a Messerschmidt Me 109 six years ago.

The company has become one of the world's premier restorers and operators of historical aircraft and Hanna took part in countless airshows, movies and TV series, most famously flying the Spitfire IX MH434, pictured below in a celebrated sequence from the BBC drama series "A Piece of Cake". 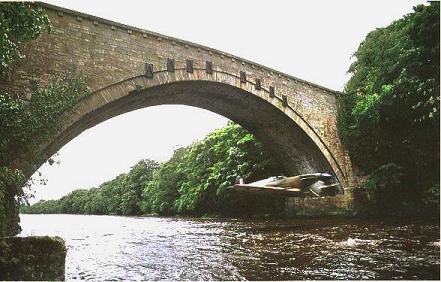 You can read more about Ray Hanna and the Old Flying Machine Company here and here.