The US Space Force (USSF) was established as the sixth military branch of the US armed forces on 20 December 2019 when President Donald Trump signed the 2020 National Defense Authorization Act.

The new service will reside within the US Air Force (USAF), under the leadership of the secretary of the air force, Barbara Barrett. 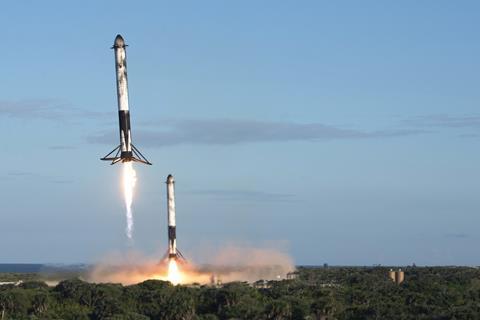 “The establishment of the US Space Force is an historic event and a strategic imperative for our nation. Space has become so important to our way of life, our economy, and our national security that we must be prepared as a nation to protect it from hostile actions,” says secretary of defense Mark Esper. “This new service will help ensure we are postured to deter aggression, defend our national interests and outpace potential adversaries.”

Moves by China and Russia to put weapons into space, such as anti-satellite missiles, have previously been cited as reasons that the USA needed a new military branch focused exclusively on space.

The USSF is to be gradually established as an independent service over the next 18 months, says the US Department of Defense.

To start, the now defunct USAF Space Command’s 16,000 personnel will staff the new service. Over time, the Pentagon envisions consolidating the space missions of the US Navy and US Army into the USSF.