To deal with disruptions to GPS, sometimes caused by malicious jamming or spoofing, Honeywell is developing several alternative navigation technologies for military aircraft. 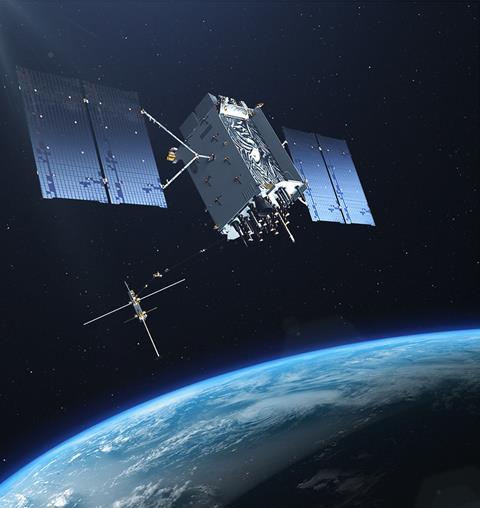 “We’re very excited to roll out this robust line-up of alternate navigation solutions, which are specifically designed to address the needs of our military customers and give them the added layers of redundancy needed to successfully carry out their operations, even if they lose access to GPS signals,” says Matt Picchetti, vice-president of navigation and sensors with Honeywell Aerospace.

Inertial navigation systems use sensors, such as accelerometers, gyroscopes and magnetometers, to estimate position, velocity and heading via dead reckoning calculations. Honeywell produces several such systems.

Honeywell says its alternative navigation technologies ought to avoid some problems inherent to GPS and inertial navigation, in part by relying on more-passive techniques.

For instance, Honeywell says its vision-aided navigation system can function by comparing an optical or infrared camera feed of the ground with a database of topographical maps to determine location. The company claims its system was demonstrated on an Embraer 170 airliner and achieved a horizontal position accuracy of 10m (33ft) in GPS-denied conditions.

The firm’s celestial-aided navigation technology observes stars and other reference objects orbiting the earth, such as satellites, which have known positions and velocities. The system then determines position and velocity using those reference points, similarly to how GPS systems calculate position. Celestial-aided navigation technology was accurate within 30m when tested on a land vehicle, the manufacturer says.

The company’s magnetic anomaly-aided navigation technology finds the position of an aircraft by using sensors to measure magnetic strength in an area on the Earth. It then compares that data with known geographical magnetic maps to identify a position. The manufacturer says the technology was successfully demonstrated on the E170 recently, though it does not disclose further details.

Honeywell’s alternative navigation proposals come as the US Department of Defense is increasingly interested in substitutes to GPS. US adversaries are practising jamming and spoofing GPS signals, and in some cases shooting down GPS satellites. The Pentagon wants to ensure that US aircraft, ships and ground vehicles can navigate if GPS networks fail.