Although the immediate upgrade path for the NH Industries (NHI) NH90 is clear thanks to a contract decision last year, officials from a majority of the rotorcraft’s customers met in late July to discuss a possible roadmap to keep the helicopter relevant into the 2040s and beyond.

Organised by France’s DGA military procurement body, the 21-22 July event took place at the agency’s flight-test site at Istres air base in the south of the country. 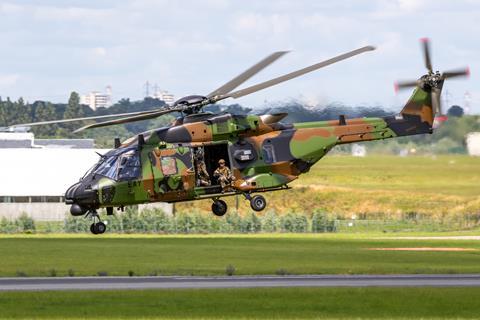 The French army is initial customer for Standard 2 upgrade

There, attendees were able to see the enhancements being developed as part of the Standard 2 upgrade ordered by France in September 2020 for its final 10 examples of the TTH troop transport variant. In addition, suppliers such as Thales were on hand to demonstrate systems and technologies that could provide suitable capabilities for a future upgrade.

Standard 2 will be used by the French army’s special forces from 2025. An initial step will see the addition of the Safran EuroFLIR 410 electro-optronic system, with displays and controls available for all on board, plus the introduction of a fast roping and rappelling capacity through the doors, and equipping the rear cabin windows with weapon mounts.

But arguably the more significant improvement in capability will be delivered by a second phase – likely to be contracted in 2022. Under this, the helicopter will gain a new distributed aperture system (DAS) – six infrared cameras arrayed around the nose – with the 3D image generated then presented on the digital screen of a next-generation Thales TopOwl helmet, aiding operations in degraded visual environments, such as brown- or white-out conditions. The second step should also provide for the upgrade of the datalink on the French navy’s NFH variant to the Link 22 standard. 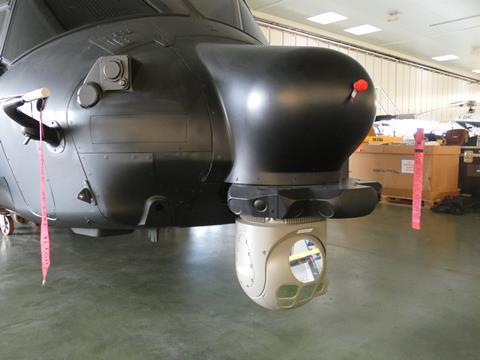 France is so far the only nation to sign for the Standard 2 modifications, but as Colonel Damien, NH90 programme manager at the DGA, points out: “What is clear is that the triptych of TopOwl, EuroFLIR and DAS are part of the next standard and anyone can join.”

Those attending the Istres user forum – which included representatives from Australia, Belgium, Finland, Italy, Germany, New Zealand, Norway and Spain – were given demonstrations of the capability offered by the Standard 2 upgrades, including replays of flight tests of the DAS and TopOwl combination conducted by the DGA flight-test centre using its Aerospatiale SA330 Puma testbed. “It is really brand new, this is really a breakthrough to me,” says Damien.

“Almost all nations were interested [in the upgrades], but the question was ‘how much does it cost?’,” says Damien. However, he points out that if more nations come on board, then the development cost is shared more widely. 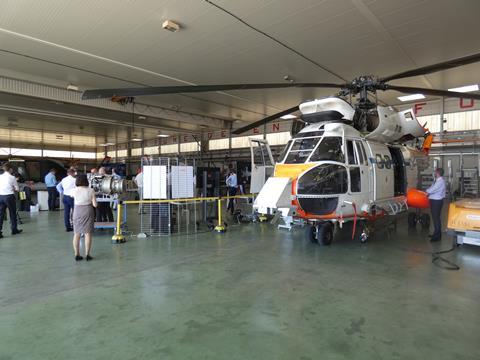 DAS system has been trialled on Puma testbed

With deliveries of new-build NH90s stretching well into the second half of this decade, it is likely that many will still be in service in 2050 or beyond. So, while the forum gave operators the chance to chew over the potential offered by the near-term upgrades, Damien says the focus was also on what might be required for the future – whether this is as a notional Standard 3 enhancement or as a full mid-life upgrade.

“All the nations agreed that some other upgrades are necessary after Standard 2 if you want to use the helicopter until 2060,” says Damien.

Current areas of interest include the introduction of a modular avionics suite, Thales FlytX tactile flight displays – which for France would create commonality with its future Airbus Helicopters H160Ms – plus a power increase for the NH90’s engines: either twin GE Aviation T700s or Safran RTM322s. In the latter case, Damien says that the manufacturer has already devised an upgrade path, using technologies and components developed for the newer but related Aneto engine. 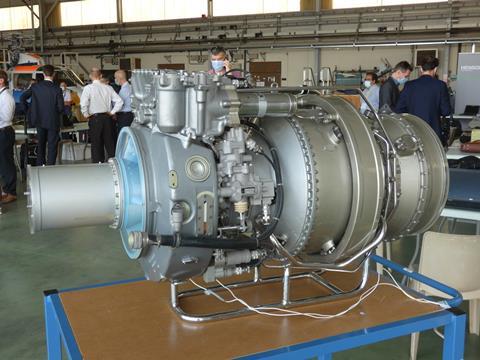 That wish list is not yet set in stone, but Damien points out that it will need to be solidified over the next two to three years. “Clearly the goal of this forum was to try to be able [to come up with] some requirements that we can forward to industry to let them think about what they can provide us with.”

But the elephant in the room in any discussion about the NH90’s future is its overall level of reliability; Australia, Belgium and Norway have all expressed dissatisfaction recently with the type’s uptime, but are by no means exceptions. The forum left NHI in no doubt that it still has issues to address: “The feedback was also that the NH90 is a great helicopter and delivers a really good performance but industry needs to pay attention to availability and affordability,” says Damien.

Even France has been a victim of industry’s foot-dragging, despite its position as one of the biggest customers for the NH90 and with its domestic manufacturer Airbus Helicopters as the NHI consortium’s largest shareholder. In its case, says Damien, the pace of retrofit activity – bringing early-build examples to the latest software standard – has been lagging, and required the customer to push NHI “to be more efficient in the way they conduct the retrofit”.

“The timeline has been a little bit disappointing. They have expended a lot of time to supply us with retrofitted helicopters,” he says. But Damien thinks “industry is aware of this need to improve its performance” and sees a plan in place to achieve that, albeit that may not happen overnight. 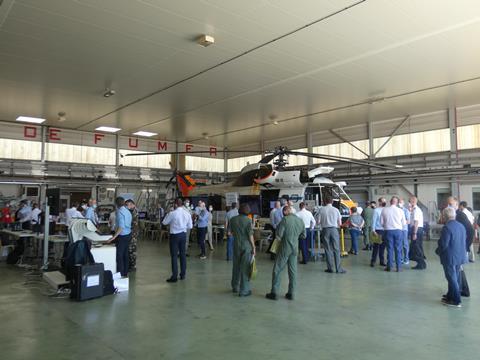 Should the user forum succeed in pressuring industry to address its failings then it could be considered a success on that criteria alone. But while that deals with the here and now, the event was clearly convened with an eye on the future.

“I was particularly pleased with the output,” says Damien, both for the engagement between operators and industry – the helicopter and engine manufacturers, plus other suppliers – and the more strategic considerations about the programme’s future direction. In fact, the group intends to meet again in July next year, only this time in Italy.

“I think it was really successful – I’m happy with the way it went. But we have done the easy part – now we have to get into the details,” he says. 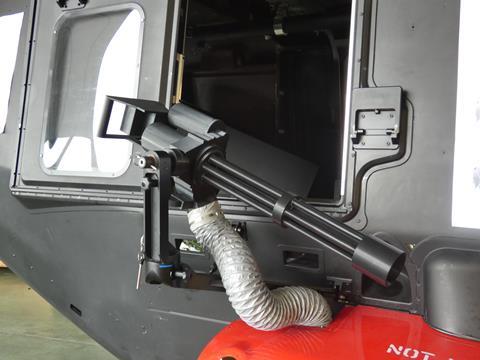 Rear windows will be adapted with weapon mounts