US Air Force to advance stealthy successor for F-22

The US Air Force’s (USAF’s) Next-Generation Air Dominance (NGAD) fighter remains under wraps, but some clues about capabilities the service wants in the aircraft are surfacing.

The sixth-generation fighter aircraft (one full-scale flight demonstrator secretly flew for the first time in 2020) is expected to replace the service’s Lockheed Martin F-22 Raptor fleet, starting in the 2030s. 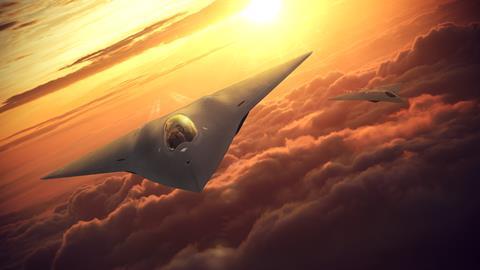 Whereas past generations of fighter aircraft relied upon speed and manoeuvrability to defeat foes, it seems the NGAD will lean heavily on stealth characteristics to hide from opponents and on computing power to outsmart them, according to comments from the USAF and likely development partners.

Disclosures point to a hyper-connected stealth aircraft that will use artificial intelligence programs to rapidly digest and make sense of multiple streams of sensor data – information that will help combat pilots beat their adversaries to the punch.

NGAD will be a multi-role combat aircraft, but air dominance will be its primary mission, General Charles Brown, USAF chief of staff, told the US House Armed Services Committee in June. He added that the service wants the aircraft to have an increased weapons load and increased range. Greater range would be useful flying across the vast areas of the Indo-Pacific region, Brown said. Greater weapons load would probably be needed in combat against China’s air force, which the Pentagon expects to have a numerical advantage.

Winning air battles will require more than a bigger arsenal of missiles. In order to eliminate China’s numerical advantage, each fighter will have to be able to repeatedly find enemy aircraft and fire quickly – again and again.

Lockheed, a leading contender to develop the sixth-generation fighter, says new digital technologies will give NGAD “omniscient situational awareness”. That is reminiscent of the “quarterback” role the USAF has given the Lockheed F-35 stealth fighter. That aircraft is increasingly valued by the service for its ability to use its sensors, software and connectivity to survey the battlefield.

An all-knowing capability also fits into the USAF’s desire for an Advanced Battle Management System (ABMS), a battlefield network that would allow pilots to make decisions faster using data gathered from around the combat theatre.

For example, ABMS might be used to pass intelligence, surveillance and reconnaissance information gathered by autonomous loyal wingman unmanned air vehicles (UAVs) back to the NGAD platform, which could then use artificial intelligence programs to make sense of it all. The USAF has described NGAD as being a “family of systems” with the manned fighter at its centre.

In October, the USAF awarded Kratos Defense & Security Solutions and General Atomics Aeronautical Systems each a contract to develop an “Off Board Sensing Station” UAV. Such a loyal wingman would probably fly in advance of NGAD, search for targets and threats using its sensors, such as radar and infrared search-and-track sensors, and then possibly act as a weapons launch platform.

Raytheon, a manufacturer of advanced radars, expects sensors on NGAD to be automatically “harmonised” to find targets. Some sensors, such as radar, might also be automatically turned off in certain situations to reduce the jet’s electronic signature to avoid detection, the company says.

Interest in artificial intelligence partly comes from a belief that the future battlefield is going to be overwhelmingly chaotic and complex – challenging circumstances created by large numbers of sophisticated radars, electronic warfare systems, surface-to-air missiles, and fighter aircraft fielded by advanced adversaries such as China and Russia.

Integrated systems must be able to respond to changing circumstances.

“The environments are getting so contested that you really have to have the ability to be more adaptive,” says Ditmars. “The intent is to allow that pilot to be able to be more flexible in the mission that they are executing, and not be as reliant upon the pre-planning that has been done.”

Being able to rapidly call upon the right sensors could make or break a mission, especially when unexpected threats pop up, he says. It is a concept that goes past the sensor fusion techniques employed aboard the F-35, Ditmars says. 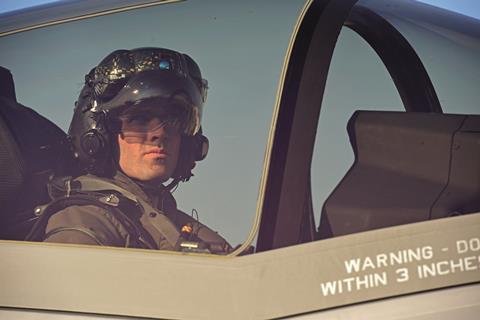 NGAD will build on the F-35’s ability to use sensors, software and connectivity

“This [system] is deciding, ‘In this environment, I need to use my AESA radar in this mode. I’m not going to use my [electronic warfare] system because that’s going to be detected,’” he says.

Potential scenarios might be solved ahead of time by training artificial intelligence (AI) programs using computer simulations of combat, he says.

“That’s the great thing about artificial intelligence. You give it a set of defined criteria and it figures it out,” Ditmars says.

The concept has a precedent. Researchers with Air Combat Command recently developed the ARTUµ software, a machine learning program that used more than half a million computer simulations to train the radar on the Lockheed U-2 surveillance aircraft to find enemy missile launchers. In late 2020, the artificial intelligence program was demonstrated aboard a U-2 at Beale AFB in California.

“ARTUµ was responsible for sensor employment and tactical navigation, while the pilot flew the aircraft and co-ordinated with the AI on sensor operation,” explained the service. “Together, they flew a reconnaissance mission during a simulated missile strike. ARTUµ’s primary responsibility was finding enemy launchers while the pilot was on the lookout for threatening aircraft, both sharing the U-2’s radar.”

The USAF said the AI software was “easily transferable” to other systems, and that it planned to refine the technology.

“Putting AI safely in command of a US military system for the first time ushers in a new age of human-machine teaming and algorithmic competition,” said Will Roper, who was assistant secretary of the USAF for acquisition, technology and logistics at the time. “Failing to realise AI’s full potential will mean ceding decision advantage to our adversaries.”

In other words, asking a pilot to make sense of complex sensor data in the middle of a pitched battle might lose precious seconds to the enemy.

“We’re trying to take some of this workload off the pilot. They are human and they can only do so much,” Ditmars says. “As the systems get more and more complex, it becomes very challenging for them.”