Boeing sees potential for another 100 orders of its P-8 anti-submarine warfare aircraft over the next decade, but declines to speculate on future customers or the timeline for any sales.

“Various countries around the world, in various sets of time. We are not at liberty to discuss any potential customers,” says Fred Smith, Boeing Defense sales executive Fred Smith says at the Dubai Air Show. “We’re talking another 100 aircraft in the next 10 years.”

The outlook adds to US Navy’s firm programme of record for 108 production examples, but securing that many more orders would require some serious political work, starting with the UK’s requirement for maritime patrol aircraft.

Smith declines to discuss the UK offering - which faces battles against other manufacturers and budget limitations - or any other potential near-term prospects. 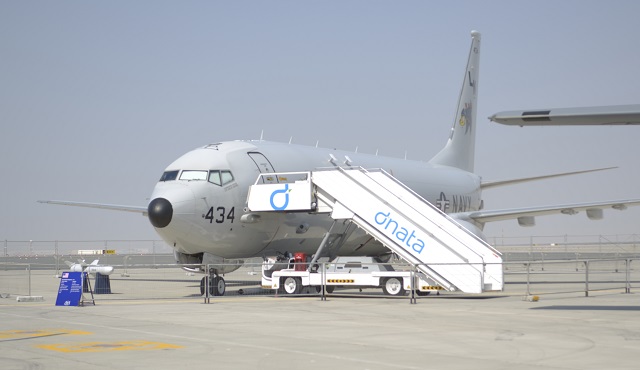 Boeing has already delivered 31 aircraft to the USN, and India has received its first eight P-8Is, and is considering options for four more. Spirit AeroSystems recently completed the first of eight 737-800 fuselages which will form Australia’s P-8A fleet.

The USN plans to deploy to Bahrain for the first time next April, and is also moving a unit to Sigonella air base in Italy in 2018.

“It’s a great replacement for the [Lockheed Martin] P-3C,” says Capt James Robinson, deputy commodore for the navy's Patrol Reconnaissance Wing 11. “We were concerned with replacing that capability, but from every mission aspect, it is meeting or advancing the P-3C.”

One item not discussed was Raytheon’s Advanced Airborne Sensor (AAS), which is being developed for US Navy anti-submarine aircraft and was acknowledged to be in flight testing on the P-8A earlier this year.

Asked for an update on that secretive project, USN military director of international programmes Capt Shane Tallant declines to comment.

Raytheon has confirmed it is offering a derivative of the AAS radar, called “Skynet,” for the US Air Force’s E-8C JSTARS replacement programme, but few details are known about its detection capabilities.