Raytheon Missile Systems came to the Dubai Air Show this week armed with a small mix of tried-and-true munitions for Gulf customers including the Paveway laser-guidance assembly and Joint Stand-Off Weapon (JSOW), plus a new anti-air “Franken-missile” aimed at current AIM-120C7 AMRAAM customers.

Gerald Tobey, VP of Raytheon air warfare systems business development, says as the Paveway laser-guidance kit passes 50 years of operational use, it continues to be widely used in today's conflicts.

Tobey says the precision weapon system gained notoriety by destroying the strategically important Thanh Hóa Bridge during the Vietnam War in 1972, after hundreds of “dumb” bombs and missiles failed to cripple the structure.

Today, he says Paveway continues to be popular in various configurations, with dual-mode laser and GPS/INS guidance. “It’s the go-to weapon for most forces,” he says.

Another long-serving Raytheon weapon is the AGM-154 JSOW that was developed in the 1990s. The US Navy-lead programme markets JSOW widely to F-16, F-15E, F/A-18, Typhoon and Gripen operators, and now to those buying the Lockheed Martin F-35.

The fifth-generation combat jet is receiving AGM-154 A and C as baseline weapons. The newest net-enabled JSOW C-1 version is currently in operational testing on the F/A-18, and will eventually be added to the Lightning II in Block 4. 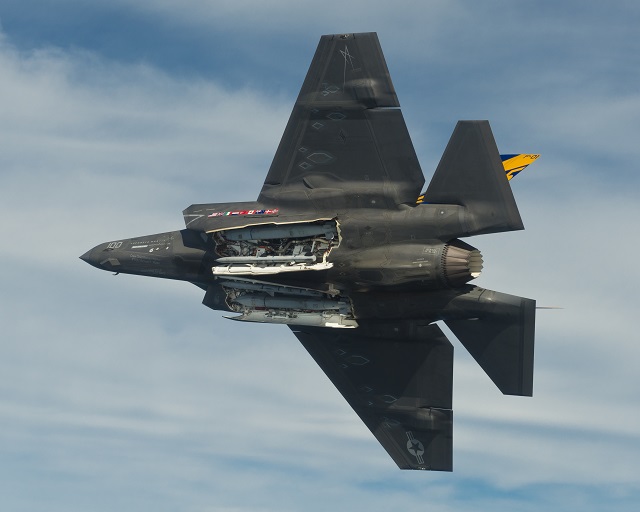 Tobey says JSOW is exported via the US foreign military sales process on a case-by-case basis. The latest JSOW C-1 variant is designed to attack fixed and moving land and maritime targets, and with a glide range of more than 70nm, it can now be re-tasked in flight.

“It can fly in and manage its angle of attack very precisely. That gives you good control of what you’re hitting, how you’re hitting it, and the impact of the warhead,” Tobey says.

The company’s latest weapon, the anti-air AMRAAM-Extended Range, combines the front end of an AIM-120C7 with the rocket section of the surface-launched Evolved SeaSparrow Missile (ESSM). The concept is still in development, but promises double the range of the current surface-launched AMRAAM for air defence.

Tobey says the “Frankenstein missile” is particularly targeted at customers who already procure and understand how to employe the exportable AMRAAM C7 variant.

“From a commonality perspective, all of the advances and continuing enhancements that go into AMRAAM for air-to-air combat come into this free,” he says.