As part of the increasing Europe-wide co-operation in air-to-air refuelling, the Royal Netherlands Air Force has sent one of its two McDonnell Douglas KDC-10 tankers to Powidz air base in Poland to assist with training of Polish air force Lockheed Martin F-16C/D crews.

The F-16s will participate in the forthcoming Trident Juncture NATO exercise from 21 October to 6 November, and Warsaw's pilots require additional practice at night-time refuelling operations ahead of the event.

The co-operation will benefit both air forces: by operating from a home airfield, the cost for the Polish air force was reduced, while its Dutch counterpart gains valuable training time.

Face-to-face feedback was also beneficial. “The debriefing with the videos from the boom operator provided me with the boomer’s perspective,” one Polish pilot says. “This gives me a better understanding of the importance of my position as receiver.” 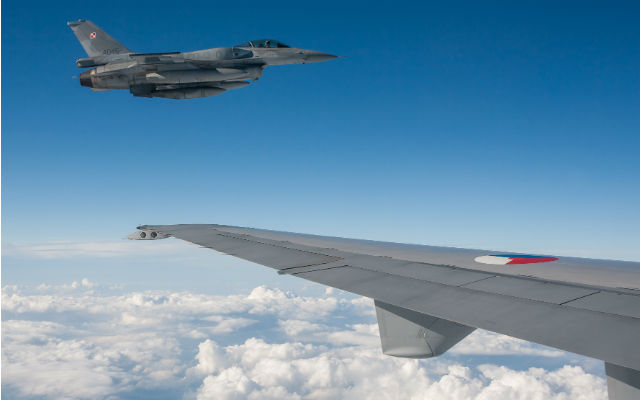 Poland and the Netherlands are the two primary nations participating in a pan-European programme to acquire Airbus Defence & Space A330 Multi-Role Tanker Transports (MRTT).

Together with Norway, they have issued a request for proposals to purchase four to five examples of the Airbus type to be used as a shared resource.

This will enable the Dutch air force to decommission its elderly KDC-10s around 2020. The two former civilian Martinair airframes are 39 and 37 years old respectively, Flightglobal’s Fleets Analyzer database shows.

The main operating base of the MRTT fleet will be Eindhoven in the Netherlands with forward operating bases in Poland and Norway.