It was a very French occasion and as much about diplomatic grandstanding as global commerce. In opulent Parisian surroundings, coinciding with a visit by Chinese prime minister Wen Jiabao, Airbus and EADS last week inked two of their most significant pieces of business yet: a near-$10 billion order from Chinese airlines for 150 A320 family aircraft – with the possibility of opening a final assembly line in the country – and an agreement for Eurocopter and China’s AVIC II to jointly develop a new helicopter, the EC175. 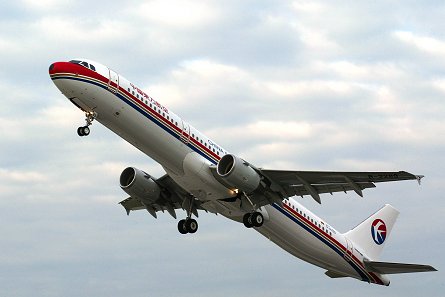 The package of deals – which also includes a move to collaborate on space projects and the prospect of security contracts for the 2008 Beijing Olympics – followed Malaysia’s confirmation that it will join the Airbus Military A400M programme, and is the biggest example yet of the European group’s determination to corner the Asia-Pacific market. While the efforts of South-East Asian nations to modernise creaking defence forces and the ambitions of the region’s airlines present a huge opportunity, the big prize is China’s booming air transport market and its desire to work with the West to develop a 21st century aerospace industry.

Airbus – owned 80% by EADS and 20% by BAE Systems – says traffic growth of between 8-10% a year will create a market for almost 1,800 aircraft with more than 100 seats over the next 20 years. The airframer believes the Chinese market could eventually represent a fifth of all its sales.

The past two years have already seen a massive surge in deliveries by both Airbus and Boeing to the country’s airlines (see chart). “There is a huge market potential,” says EADS co-chief executive Noel Forgeard. “We think China is the right partner with which to tackle the next 20 to 30 years.”

The unspoken bonus of a thriving partnership with Beijing for EADS is, of course, the possibility of defence sales. Any relaxation of the arms embargo by Brussels or individual countries would be fiercely resisted by the USA, but for a European defence industry fighting crumbling budgets at home, China’s massive armed forces, desperately in need of modernisation, are a mouth-watering prospect.

As well as giving it a low-cost production facility, EADS’s c300 million ($339 million) investment in the helicopter joint venture gives it an in-road into China’s burgeoning general aviation and para-public sector. Eurocopter says the Chinese helicopter market is growing by up to 15% a year and that the country will need 300 helicopters by 2015, with the Olympics and the 2010 Universal Exhibition in Shanghai fuelling demand for rotorcraft for everything from TV broadcasting to medevac, security to VIP transport.

However, the EC175’s potential use as a military transport could cause EADS difficulties with its transatlantic relations. “It will not be a front-line helicopter,” says analyst Ben Fidler of Deutsche Bank. “But EADS will have to tread a delicate path.”

So by putting so much store in its China strategy, is EADS playing a dangerous game, risking damaging its business in the USA, its other key growth market? Nick Fothergill of Bank of America says the company may be reckoning that the lure of the East more than compensates for any flak from the US government. “With the exception of helicopters, EADS has been struggling to open the US market anyway, so it may be prepared to sacrifice US concerns in order not to lose out on a very important potential market.”

Last Monday’s French-only press conference was like a flashback to the days before the creation of the “four-nation” EADS, with French politicians trumpeting their role in securing the China deal for their “national” aerospace champions.

It is a game in which the cut and thrust of international relations matters as much as cutting-edge technology. “It is certainly possible that Chinese foreign policy is driving it,” says one London-based analyst. The Airbus order could be a “thank you to France and Germany for trying to get rid of the arms embargo”, he says. Comments by US president George Bush about Taiwan just before he visited Beijing last month are thought to have provoked a last-minute decision by Chinese leaders to scale back an order for 737-700/800s to just 70 aircraft.

Airbus has launched a study into establishing an Airbus final assembly line in China – which would be the first outside France or Germany. The study is due to be completed in July and its decision could hang on whether Airbus believes it needs capacity above the 32 narrowbody aircraft its Hamburg and Toulouse factories can currently produce a month. Although chief operating officer Charles Champion insists an assembly line is not a requirement of the order, Airbus and EADS are keen to establish an industrial footprint in China, directly, or indirectly through suppliers.

This is not just because of the added sway it gives them on selling into the market – Boeing’s links with Japanese industry have ensured that it has “cornered the market” there, says Fothergill – but because of the possibility of lowering manufacturing costs. Airbus says it has sourced $650 million worth of products from Chinese manufacturers since 1985, a figure that seems certain to grow.

The challenge EADS will face is that “exporting jobs”, particularly in high tech industries, is a particularly touchy subject in France and Germany. There are also lingering doubts about the ability of Chinese industry to meet Western quality standards, something that Fothergill dismisses. Other airframers, notably Embraer with the ERJ-145, are assembling aircraft in China, he says. “There is already plenty of complex manufacturing going on in China and the Chinese are coping with it just fine.”