​EasyJet coy over A321 interest

EasyJet is examining the potential of the Airbus A321 but resists being drawn over a possible switch.

The carrier's rival Wizz Air has already converted a number of orders to the larger type, and disclosed that it is taking them in a high-density 230-seat configuration.

Speaking during the delivery of EasyJet's 250th Airbus, chief executive Carolyn McCall said the A321's range over the A320 could enable the carrier to explore routes "further afield". 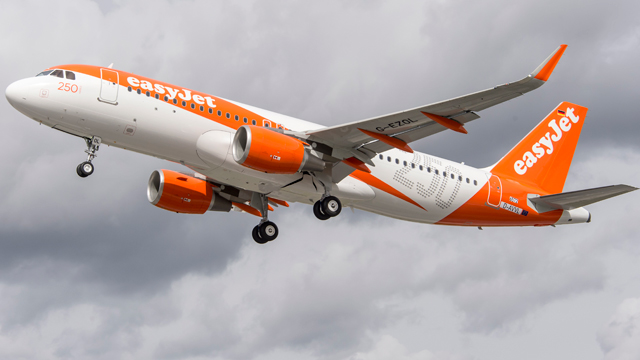 The type would "allow us to do a bit more of that", she states.

McCall says the A321 is a possibility which is being kept "under review", and is the subject of "confidential discussions" with Airbus.

EasyJet has complete flexibility with its A320-family backlog, she adds. The carrier has 158 aircraft still on order.

But EasyJet also stresses that it does not necessarily see the A321 being an obvious fit with the fleet.

It already has two sub-fleets, comprising 85 A320s and 149 A319s, and the carrier points out that the benefit of having identical aircraft "cannot be underestimated".

The carrier has previous experience with the A321, having inherited, then withdrawn, a small number of them during its GB Airways acquisition.

Adding a third sub-type would inevitably introduce an extra degree of complexity, it says, whereas capacity could be increased instead by raising frequency. The carrier also notes that it would have to work hard to identify routes beyond the A320's range with a sufficiently strong business case.

McCall also teased with the possibility of introducing higher-capacity A320s, saying that EasyJet "might" take versions with more than 180 seats but adding that the airline "hasn't announced it yet".

Airbus is developing versions of the A320 with up to 189 seats but the European Aviation Safety Agency has recently indicated that the type has potential for accommodating 195.