How sustainability has risen up the business aviation agenda

With sustainability creeping into all aspects of business flying the industry has moved from thinking about it to adopting various tactics into their day-to-day operations. EBACE is further cementing the necessity of green business for all players in the value and supply chains. 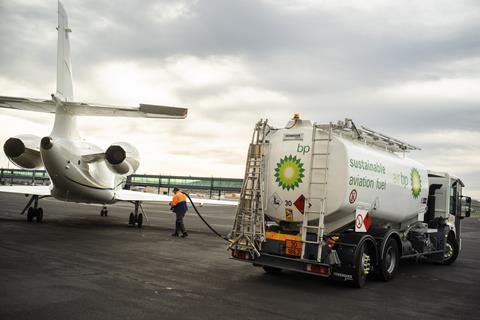 However, the sector, whether in fixed-wing or rotary operations, has a special set of challenges compared to their larger airline cousins. These arise mainly because not only is its share of aviation emissions tiny in comparison (2% of aviation’s 2% total so only 0.04% of global CO2 emissions) but the irregular nature of business aviation flying makes carbon reduction plans different by design.

EBACE visitors will note that the sector has updated the Business Aviation Commitment on Climate Change (BACCC) with a promise to meet net-zero carbon dioxide emissions by 2050 (relative to 2005 levels). The International Business Aviation Council (IBAC) and the General Aviation Manufacturers Association led this change at the NBAA BACE event in October. “Our target is more aggressive than it was [it was a 50% reduction in emissions by 2050] but it is not an insurmountable one and it is a robust commitment,” says Bruce Parry, senior environment manager at the European Business Aircraft Association (EBAA). “SAF will make a big contribution, and there will be some offsetting,” he says.

EBAA supports the European Union’s “Fit for 55” target of reducing greenhouse gas emissions by at least 55% by 2030, and its ReFuelEU regulation that will mandate increasing use of SAF for aviation during the second half of this decade. However, it is concerned that as drafted the ReFuelEU package does not include the book-and-claim mechanism, says Parry. This is because some lobby that SAF is an offset. “It is fuel, not an offset,” he explains, a view ratified by IBAC.

EBAA is lobbying the European Commission on recognising the importance of book-and-claim to the industry and on the need for a global approach to this topic to ensure consistency and give operators confidence they can account for the SAF they buy.

A variety of fuel suppliers and FBOs (fixed base operators) are doing book-and-claim today. “We work with an independent verification company – the Roundtable on Sustainable Biomaterials – to ensure what we book-and-claim matches so customers can be confident they get the real sustainability benefits from the SAF they purchase,” explains Laura Bowden, global marketing manager at Air BP. Over the past six months, Air BP has seen a mix of airlines, OEMs and business aviation flight departments buying more SAF with the desire of locking in longer-term supply deals rather than one-off purchases, she notes.

Air BP is seeing rising demand in two areas, explains Bowden. Firstly, where mandates come in, such as in France this year that stipulate a small percentage of SAF is blended with Jet A-1. Secondly, voluntary demand where customers want to get going with SAF. “We ask what blend they want and at the current price premium what volume are you looking for? Then we will figure out how to get it to you and where book-and-claim can come in,” she says.

An important element of the conference agenda was this morning’s event on “A basic guide to off-setting”, with the critical tool here being IBAC EX, the Business Aviation Carbon Exchange, launched in September 2021 by IBAC and the Carbon Trade Exchange (CTX). Presented by IBAC director general Kurt Edwards and Wayne Sharp, chief executive of CTX, the session was due to discuss take-up of voluntary off-setting among business aviation operators.

Today, only the largest operators have an obligation under schemes such as Europe’s Emissions Trading Scheme or ICAO’s CORSIA scheme to buy offsets. So far, there is little voluntary off-setting underway with around 15 operators and airports using IBAC EX today, says Sharp. “Many see it as a cost, but it does allow operators to price their emissions footprint in their business,” he notes. For instance, a mid-range business jet flight from London to Nice would only cost from $80 to $150 to be carbon neutral.

Taking the opportunity to offset now will put the industry on a strong footing to avoid being penalised by extra regulation if it takes little or no action. “The sector has the opportunity to avoid the risk of a regulatory burden and the massive 10-fold costs associated with it,” believes Sharp.

With global SAF supplies estimated at less than 5% of aviation fuel demand only well-funded large operators can get meaningful quantities, whereas low-cost carbon offsets are readily available and purchased online as required, explains Sharp.

All the major manufacturers place great importance on sustainability with activities and initiatives from aircraft design and manufacturing, at production and service sites, and assisting customers.

“We strive to be good and responsible stewards of the environment,” says Rexford Ofosu, project manager responsible for corporate sustainability at Gulfstream, who has been in the role for eight years.

“The key is to provide customers with decarbonisation tools such as efficient aircraft using advanced technology, to make SAF available, and provide market-based measures – offsets,” explains Ofosu. “As it embeds sustainability in all facets of its operation, Gulfstream is also working with its stakeholders to gain a better understanding of Scope 3 emissions, which are those attributed to suppliers and customers,” he adds.

Gulfstream has over a decade of experience in SAF signing a major deal in 2015 with World Fuel Services for use in delivery flights, a deal extended in 2020 for another five years, says Charles Etter, staff scientist/technical fellow responsible for environmental and regulatory affairs at Gulfstream.

To support the industry’s drive to 100% use of SAF, Gulfstream is partnering with two producers in the research phase to use the fuel they make at 100% blends in its aircraft in the coming two years, says Etter. The first is with US firm Alder Fuels, with a flight planned for later this year. The second is with the US Department of Energy’s Joint BioEnergy Institute with the aim of a SAF demo flight in 2023.

“Many of our customers are interested in sustainability, and all are at different phases of their journey,” explains Etter. Gulfstream has been running virtual and in-person “Sustainability Roundtables” during and since the pandemic doing its part to spread the message. “There is still an education process needed, not only about SAF but about the whole sustainability process,” he adds.

The much-debated “disruptive” technologies such as electric, hybrid electric, and hydrogen propulsion to deliver zero-emissions aircraft will come to business aviation, but it will likely take more time than in the airline world.

However, the aircraft and engine OEMs are on the case, in addition to their on-going efforts on efficiency, with increasing electrification of the engine system a likely starting place. Embraer has been at work on a family of four low-or zero-emission aircraft concepts under the Energia name. It intends to develop a nine-seater hybrid-electric model, the E9-HE, for service entry by 2030.

Pilatus Aircraft comes to EBACE after a busy 2021 where it delivered a record 152 units. “Without revealing any company secrets, we can confirm that we are currently focusing our efforts on composite materials, engine technology, and other technical areas too,” says Ignaz Gretener, vice-president general aviation at Pilatus.

There is innovation in the advanced air mobility space on show at EBACE, for example from French start-up VoltAero, which is updating visitors on its four-seat Cassio aircraft and the electric-hybrid propulsion unit that will power it.

The helicopter OEMs are as intensely focused on sustainability as their fixed-wing cousins. As Airbus Helicopters outlines in its roadmap, the journey is starting with vehicle aerodynamics and mass improvements moving to better turbines and then an “eco-mode”, each of them promising a range of double-digit improvements in CO2 emissions as the technologies arrive. These innovations are being tested on the Airbus Flightlab, a converted H130.

In later phases of the Airbus roadmap there is increasing engine electrification, hybridisation, and hydrogen. A constant benefit is that all Airbus helicopters are certified to run on a 50% SAF blend.

From SAF to technical wizardry, a green wave of sustainability innovations and actions is enveloping EBACE this year. And this is as it should be as the industry seeks to establish and further its licence to grow and operate while lowering its emissions footprint, as per the BACCC declaration.