Egypt will receive eight Lockheed Martin F-16 Block 52 Vipers from the United States in the coming days following an uptick in diplomatic relations between the two nations.

The US Embassy in Cairo says eight jets will arrive at Cairo West Air Base by 31 July followed by four more sometime between September and November.

“The eight fighter jets are being flown in directly from the US, and will be immediately integrated into the Egyptian Air Force, joining its existing fleet of US-made F-16 aircraft,” according to a 30 July embassy statement. 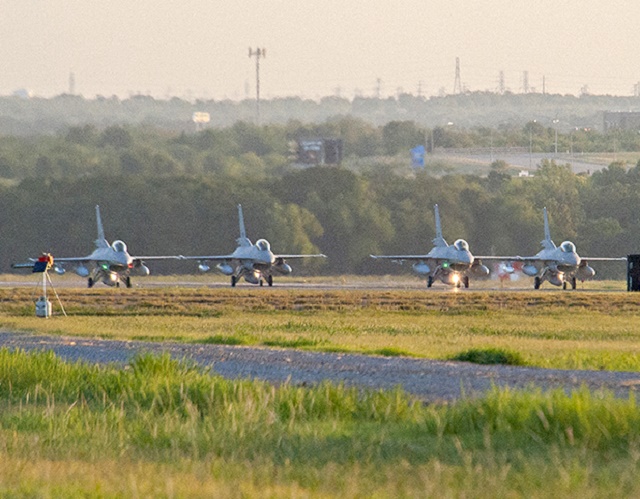 US Embassy in Cairo

The announcement comes five months after US President Barack Obama lifted a hold on fighter deliveries that had been in place since Egypt’s military coup in October 2013, which overthrew the Muslim Brotherhood amid mass protests.

The embassy says the delivery is part of a wider $1.3 billion military assistance package announced earlier this year, and the aircraft will support Egypt’s fight against terrorist groups in the region. Obama announced in March that a hold on Harpoon anti-ship missiles and M1A1 Abrams tank assemblies would also be revoked.

The dozen Vipers were part of larger 20-aircraft order place in 2010 comprised of 16 C-models and four twin-seat D-models powered by Pratt & Whitney F100 engines. The aircraft were produced at Lockheed’s F-16 factory in Fort Worth, Texas, which is currently building aircraft for Iraq and Block 60 variants for the United Arab Emirates. 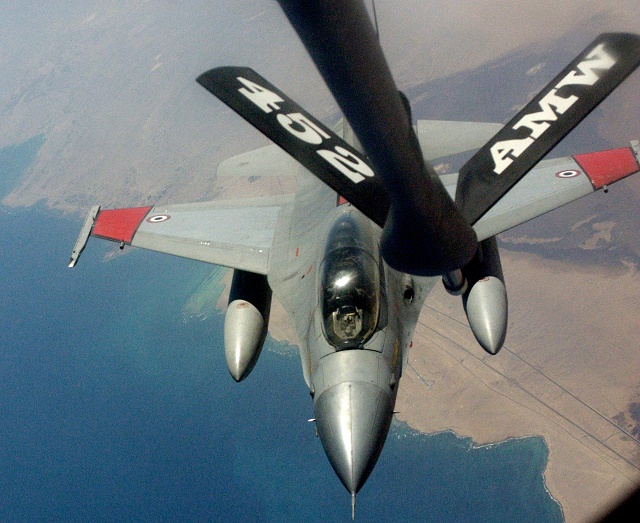 A US KC-135 tanker refuels an Egyptian F-16 during in-flight refueling training.