The Egyptian air force has conducted air strikes against Islamic State militants in Libya, in retaliation for the killing of 21 Egyptians that extremists associated with the terrorist group claim to have carried out.

The air strikes took place in the early hours of 16 February, and targeted the camps and assembly and training centres of the IS terrorist group in Libya.

The Egyptian government released a statement claiming that in accordance with the law it made the decision to “take revenge” against the terrorists following the beheading of the 21 Coptic Christians. The killings were captured in IS video footage that was released on 15 January.

“The strike has achieved its goals completely and accurately,” the statement – which was published on the Egyptian State Information Service website – says. “The ‘eagles of our air force’ have already returned to their bases safe and sound.

“We here confirm that avenging the Egyptian blood and taking revenge on the killers and criminals is an inalienable duty that we should fulfil.” 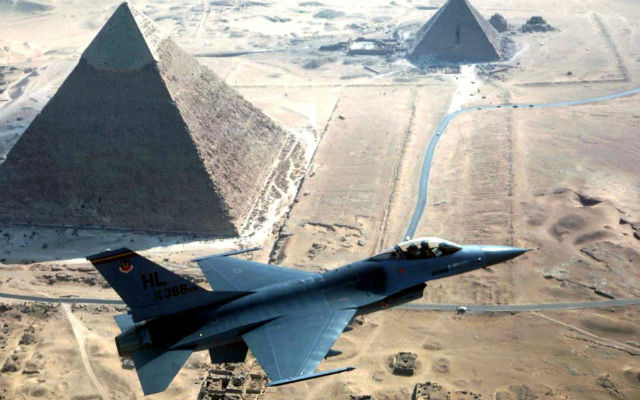 A US-led coalition has been carrying out strikes against the terrorist group in Iraq and Syria since August. To avenge the killing of a Jordanian air force pilot that was captured in December and killed in February, Amman has recently ramped up its involvement in the mission. Iran is also reported to have carried out air strikes against IS.

The Egyptian air force has the Lockheed Martin F-16, Dassault Alpha Jet, Mirage 5 and Mirage 2000, and the McDonnell Douglas F-4 Phantom in its fleet, according to Flightglobal’s MiliCAS database.

Dassault announced in February that Egypt had also selected its Rafale multirole fighter to join its strike aircraft inventory. The requirement is for 24 aircraft, and Thales and Snecma will be partners in the development.