Elbit Systems of America has been awarded contracts worth a combined $20.1 million to support the upgrade of Bell AH-1W Cobra attack helicopters for the US Marine Corps.

Under a deal valued at $11.6 million, the company will provide helmet display tracker system kits for the aircraft. Elbit says the equipment "significantly improves flight safety, by providing crew members with greater situational awareness and enhanced night vision, weapons sighting and weapons control". The contract will be performed over a two-year period. 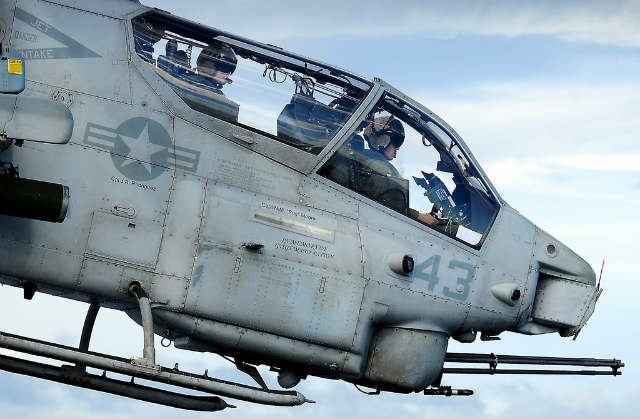 US Department of Defense

Worth $8.5 million, the Elbit Systems subsidiary's second contract will also add a tactical video data link capability, which it says will enable crews to detect, identify and quickly respond to threats. Information can be received via on-board sensors or from external sources, such as ground troops or other aircraft. The contract will be performed over a duration of 15 months.